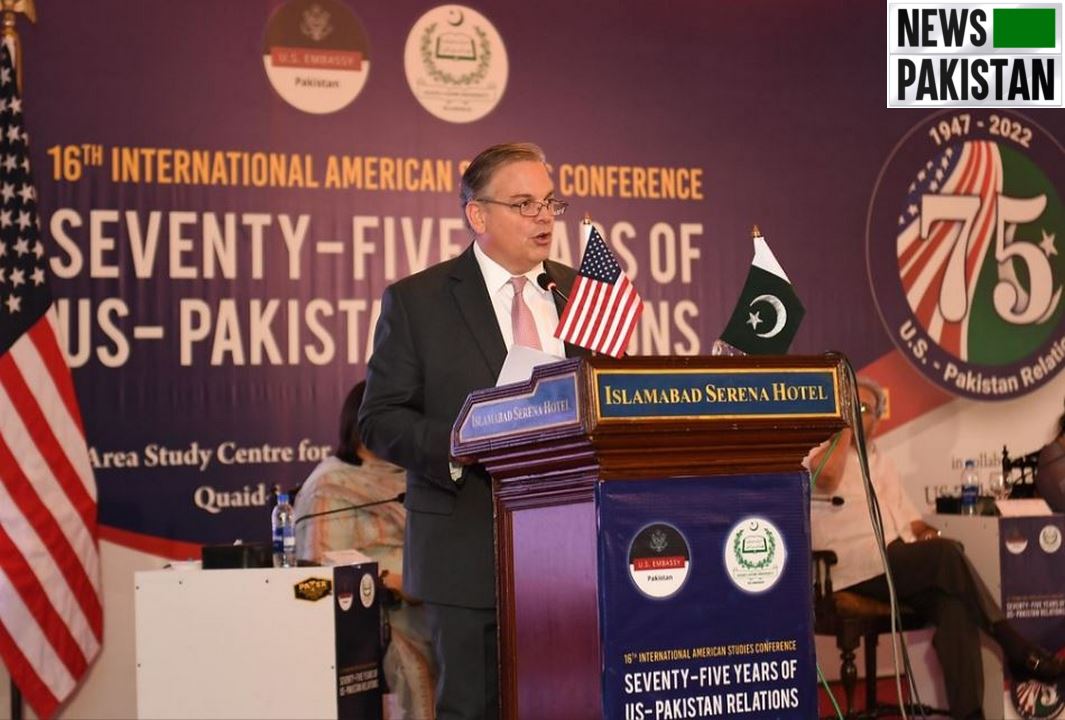 ISLAMABAD: The Area Studies Centre for Africa, North and South America at Quaid-e-Azam University and the US Embassy here co-hosted a two-day conference on Seventy-Five Years of US-Pakistan Relations. 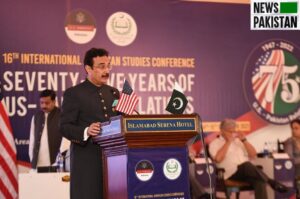 ISLAMABAD: The Vice Chancellor of Quaid-i-Azam University, Professor Dr Muhammad Ali, expressed appreciation for the university’s ongoing collaboration with the US Embassy, and lauded the efforts of all those involved with organizing the 16th American Studies Conference, which has gathered distinguished Pakistani and American scholars for in-depth discussions about the bilateral relationship.

He further stated, “the conference was a timely initiative by the Area Study Centre and the American Embassy in Islamabad, as the bilateral relations between our two countries are undergoing a transformation and adjusting to the evolving global realities where human security is becoming a focal point of international interactions.”

U.S. Ambassador Donald Blome added, “It is a great honor to partner with Quaid-i-Azam University to promote the discipline of American Studies and discuss the 75 years of bilateral relations between our countries.

“Over the decades, the US and Pakistan have built a broad, strong partnership around mutual support, economic ties, and people-to-people connections.”

The Chief Guest at the occasion, Rana Tanveer Hussain, Federal Minister Training further acknowledged the efforts of the US government in promoting academic excellence for Pakistanis and also emphasized the importance of educational exchanges, adding:

“The Fulbright program is already contributing significantly towards providing opportunities to women and young people.”

However, he added, the United States and Pakistan “need to explore other ways of mutual corporation.”

Special guest, Senator Mushahid Hussain stated: “I am very happy we are moving beyond the narrow security driven policies that have shaped our relationship in the past couple of decades, to a more broad-based people-to-people relationship in which education is going to be the centerpiece.”

Scholars and experts from both the US and Pakistan attended the conference, which included special sessions, plenary sessions, and two working groups to discuss diverse issues such as bilateral trade relations; educational exchanges; and the role of youth,…

…women entrepreneurs and the diaspora in strengthening the bilateral ties between the two countries. In addition to the students and faculty of Quaid-e-Azam University, representatives from various research think tanks, the Ministry of Foreign Affairs, the Ministry of Trade and Commerce and the Ministry of Climate Change also participated in the conference.

Dr. Sadia Sulaiman, the Director of the Area Studies Centre for Africa, North, and South America and the conference organizer, led the concluding session in which speakers presented the potential future trajectory of Pak-US relations.

US Congress under tight security after new threat

Balochistan to get first-ever girls cadet college in Quetta