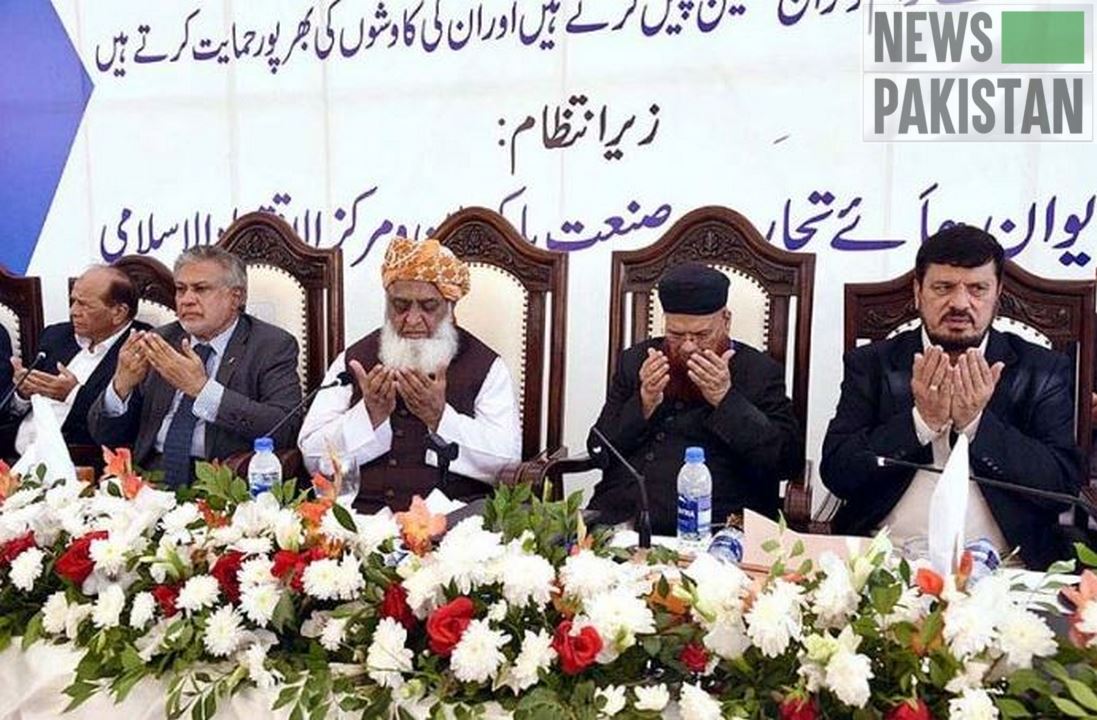 KARACHI: JUI-F Chief /Chairman PDM Maulana Fazl-ur-Rehman appreciated holding of seminar on the topic of Hurrmat-e-Sood by FPCCI and Jamia Darul Uloom that had enabled Ulema from all schools of thought, business leaders and other stakeholders to converge and offer concrete proposals to the earliest implementation of Federal Shariah Court’s verdict on Islamic banking.

He offered that as a Governor, he would host a seminar on Hurrmat-e-Sood in Peshawar and invite Ulema and business community to ensure maximum participation.

Federal Minister for Religious Affairs, Mufti Abdul Shakoor emphasized on the unity among the Muslim Umah for riba-free economic system including the finance system.

He said that it was not only Ulema’s job but the entire Muslim society would have to stand together to get rid of riba, which is curse.

He assured the Ulema that all genuine issues of madaris would be resolved which included opening of accounts.

Now, five full-fledged Islamic banks were successfully operating in the country and 17 conventional banks had many dedicated Islamic banking branches.

The tendency for Islamic banking was increasing with the passage of time.

He announced that soon SBP would contact the stakeholders to further the agenda of riba free finance system.

The SBP was sincerely and seriously working on implementation of FSC decision on Islamic finance within the stipulated time.

He urged Islamic banks to focus on providing finance to under-served sectors of the economy.

Former president of FPCCI Anjum Nisar described the holding of the seminar on riba as very good step.

Anjum Nisar assured that the business community would play a lead role to convert not only the finance system but the entire economy into Islamic one.

We have ‘India’s offer to exchange Kulbhushan Jadhav with APS attacker’: Khawaja Asif