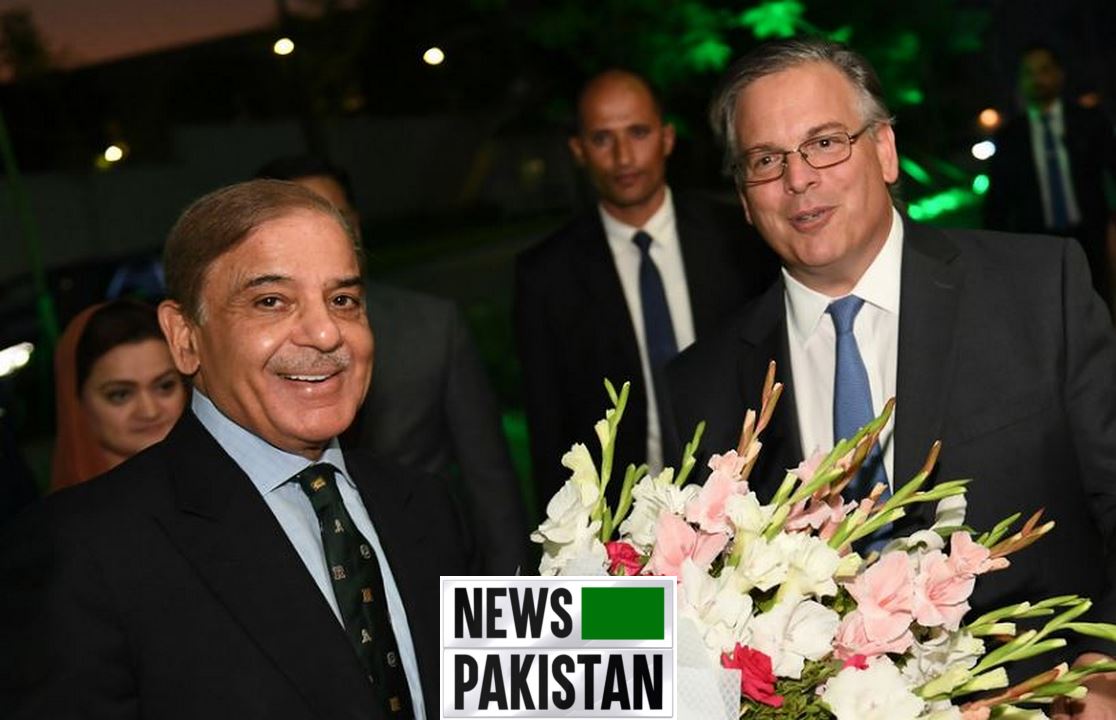 ISLAMABAD:  The U.S. Embassy in Islamabad hosted a diplomatic reception to commemorate the 75th anniversary of bilateral relations between the United States and Pakistan.

Prime Minister Shehbaz Sharif was the guest of honor, representing the people and government of Pakistan.

This pivotal anniversary of diplomatic relations offers a valuable opportunity to reflect on the breadth and depth of the long-standing friendship between the United States and Pakistan, highlight our many joint accomplishments, and build upon the already very strong foundations of our relationship to forge new partnership opportunities.

The strength of the friendship between the United States and Pakistan is demonstrated by the more than $66 million in US support for flood response and disaster resilience in Pakistan, including another $10 million announced this week by Secretary Blinken.

Ambassador Blome reaffirmed continuing US support to Pakistan during the difficult recovery process, saying, “While the water is only now receding and the rebuilding just beginning, the people of the United States continue to stand with Pakistan. We are doing what friends and partners do – support each other when it’s needed most.”

The long history of U.S. humanitarian and development assistance to Pakistan is only one of the many ties that bind our countries together.

Over the past 75 years, the United States and Pakistan have built a relationship based on mutual respect, shared goals and values, and people-to-people ties, and our partnership has been advantageous to both countries.

Over the decades, more than $32 billion dollars in US support has benefited Pakistan’s infrastructure, agricultural and economic sectors, and health and governance systems to improve the lives of the Pakistani people.

More than 500,000 Pakistani-Americans in the United States and more than 37,000 U.S. government exchange alumni in Pakistan – including both students and established professionals – have helped build bridges between our two societies.

Looking to the future, Ambassador Blome summarized the many opportunities for continued and expanded partnership between the United States and Pakistan, saying,

“While our two democracies have steadfastly stood together over the years, the rapidly changing world provides a pivotal opportunity to reframe the Pak-US partnership and recognize that our shared objectives and mutual ambitions go much deeper.

When I consider the future of U.S.-Pakistan relations, I see many possibilities to advance our shared interests in trade, investment, clean energy, health, security, education, and other shared priorities. As we look forward to the next 75 years and beyond, I hope you will join me in opening this new door.”

Tough contest between PML-N and PTI in NA-109