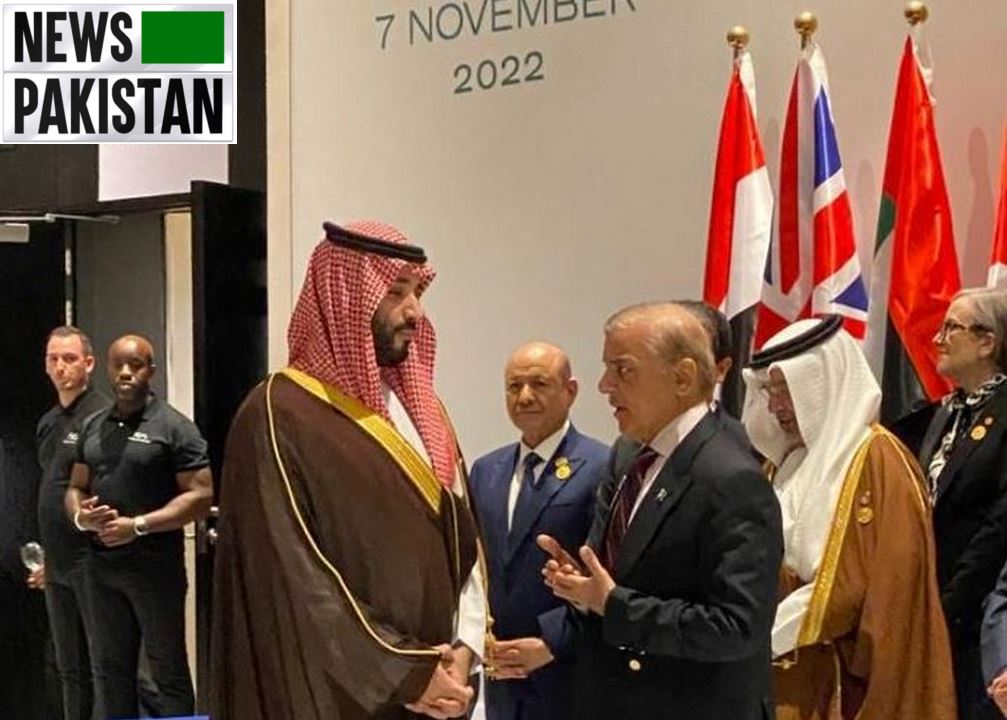 “Looking forward to the upcoming visit of the Crown Prince to Pakistan, the prime minister said that he was confident that this visit would promote bilateral cooperation in all areas of mutual interest,” the PM Office said in a statement following the meeting.

The meeting held on the sidelines of the Conference of Parties (COP27) in Sharm El-Sheikh reviewed the bilateral relations with a view to further enhance the ongoing cooperation in various fields.

“Both sides expressed determination to further strengthen the multilateral partnership between the two brotherly countries,” the statement added.

During the meeting, the two leaders also discussed regional and global issues of mutual interest.

Prime Minister Shehbaz Sharif reiterated that Pakistan attached great importance to its ties with Saudi Arabia, which were deeply rooted in common faith, culture, values ​​and an eternal tradition of mutual support.

The prime minister also appreciated the hospitality and cooperation of Saudi Arabia for the two million Pakistanis working in the Kingdom, which contributed to the development and prosperity of the two brotherly countries.

Referring to their recent meeting in Riyadh, the prime minister and the crown prince expressed satisfaction at the growing high-level ties.

Shehbaz Sharif particularly emphasized the importance of increasing trade, investment, development and people-to-people ties between Pakistan and Saudi Arabia in the mutual interest of the people of the two brotherly countries.

The two leaders expressed their determination to further strengthen the multilateral partnership between the two countries.

Appreciating Saudi Arabia’s assistance to Pakistan’s flood-affected people, the prime minister said that Pakistan was one of the countries most affected by the effects of climate change.

He expressed hope that COP27 would yield concrete results, especially in developing countries with regard to the financing of waste and damage caused by environmental causes.

He also appreciated the efforts of the Saudi crown prince on the functioning of the integrated environmental initiative and assured the Saudi leadership of full support from Pakistan.

The Prime Minister later in a tweet referred to his meeting with Crown Prince Mohammed Bin Salman on the sidelines of #COP27 and said, “we built on our earlier discussions.

Middle East Green Initiative is pioneering ecosystem restoration initiative under his dynamic leadership” and added Pakistan was keen to work with Saudi Arabia to address the issue of climate.