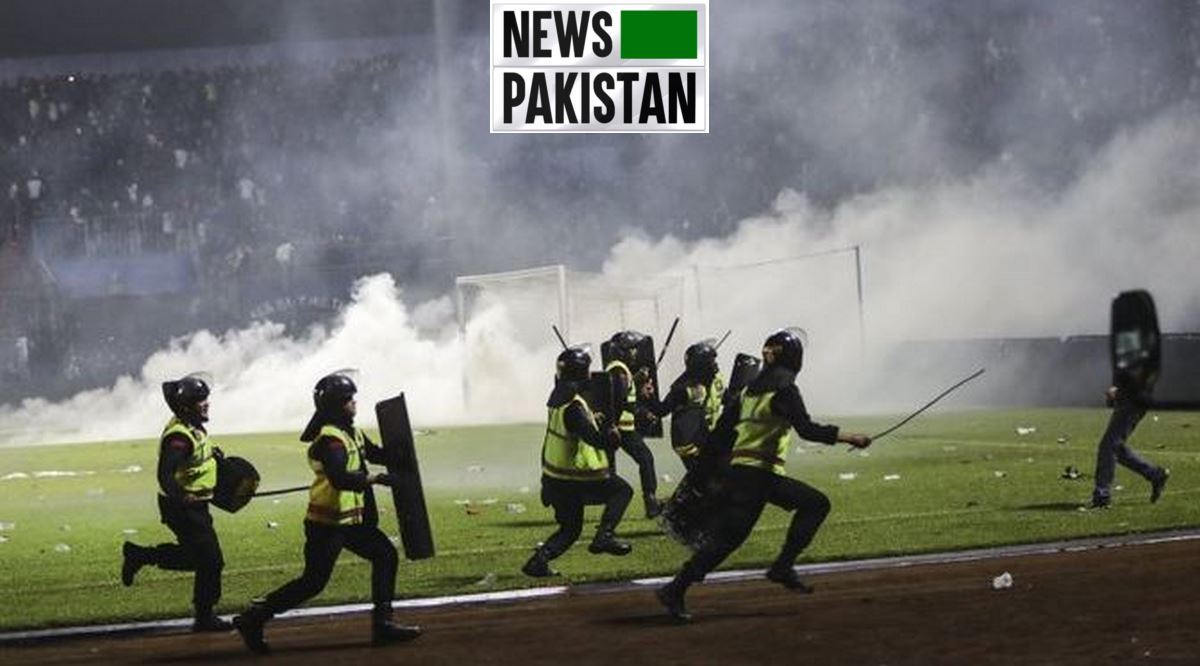 MALANG: At least 32 children died in Indonesia’s stadium crush, an official said Monday as police moved to punish those responsible for one of the deadliest disasters in football history.

The tragedy on Saturday night in the city of Malang saw a total of 125 people killed and 323 others injured after officers fired tear gas in a packed stadium to quell a pitch invasion, triggering a stampede.
Dozens of children caught in the chaos lost their lives, an official at the women’s empowerment and child protection ministry told AFP.
“From the latest data we received, out of 125 people who died in the accident, 32 of them were children, with the youngest being a toddler age three or four,” said Nahar, who like many Indonesians goes by only one name.
As anger mounted against police, Indonesia’s chief security minister Mahfud MD announced a task force had been formed to investigate and called for those responsible to be punished.
“We asked (police) to unveil who has perpetrated the crimes and take action against them and we also hope the national police will evaluate their security procedures,” he said in a broadcast statement.
The police force sacked its local chief in Malang within hours of the minister’s speech.
East Java police also suspended nine officers on the instruction of the national police force, national police spokesman Dedi Prasetyo told a press conference, without providing details about their role in the tragedy.
With police and sports officials on their way to Malang to investigate, Indonesia’s National Commission on Human Rights (Komnas HAM) levelled criticism at officers.
“If there was no tear gas, maybe there wouldn’t have been chaos,” commissioner Choirul Anam told a briefing.

Saturday’s incident unfolded when fans of home team Arema FC stormed the pitch at the Kanjuruhan stadium after their loss 3-2 to bitter rivals Persebaya Surabaya.
Police responded by launching tear gas into packed terraces, prompting spectators to rush en masse to small gates where many were trampled or suffocated, according to witnesses.
“It felt like people were packed into a small tube with a tiny hole, and then they were smoked,” said 29-year-old spectator Ahmad Rizal Habibi, who escaped before the crush.
Police described the incident as a riot and said two officers were killed, but survivors accuse them of overreacting and causing the deaths of scores of spectators.
“One of our messages is for the authorities to investigate this thoroughly. And we want accountability. Who is to blame?” said 25-year-old Malang resident Andika, who declined to give his last name.
“We want justice for our fallen supporters.”
One witness outside the stadium said police refused to help when the crush happened.
“The place looked like a mass cemetery. Women and children were piling on top of one another,” Eko Prianto, 39, told the Media.
“I ran to the police or soldier to help. There were no medics in sight. The police did not help and the soldier threatened to beat me.”

In a tearful live address, Arema FC president Gilang Widya Pramana apologised for the tragedy.
“I, as the president of Arema FC, will take full responsibility for the incident that occurred,” he said.
The Arema squad visited the site of the crush on Monday wearing black shirts to pay their respects and lay flowers before gathering on the pitch to pray for victims.
Newspaper Kompas published a black front page with the word “tragedy” and a stadium bearing the names of victims.
Graffiti daubed on the walls of the venue revealed bubbling anger towards authorities.
“My siblings were killed. Investigate thoroughly,” read one message scrawled on the stadium’s shutters, accompanied by a black ribbon and the date of the disaster.
“ACAB”, an acronym for “all cops are bastards”, was sprayed on another wall.
Indonesian President Joko Widodo ordered compensation for families of the victims to the tune of 50 million rupiah ($3,200) each, a minister said on Monday.
He has also suspended football matches until security improves and announced a probe.
Mahfud said the task force for the investigation would consist of government and football officials, academics and members of the media.
He said the probe would be “concluded in the next two or three weeks”.
But Human Rights Watch said the police and Indonesia’s football association “may be tempted to downplay or undermine full accountability for officials”.

Football fan violence is an enduring problem in Indonesia.
Witnesses say supporters of the home team invaded the pitch after their loss to Persebaya Surabaya.
Persebaya Surabaya fans were barred from the game, due to the fear of violence.
Mahfud said 42,000 tickets had been allocated for 38,000 seats.
After the stampede, Arema fans threw rocks at officers and torched vehicles including a police truck on the streets of Malang, according to police.
FIFA’s president Gianni Infantino called the tragedy a “dark day” for football.
The world governing body’s safety guidelines prohibit the use of crowd control gas by police or stewards at pitch-side.