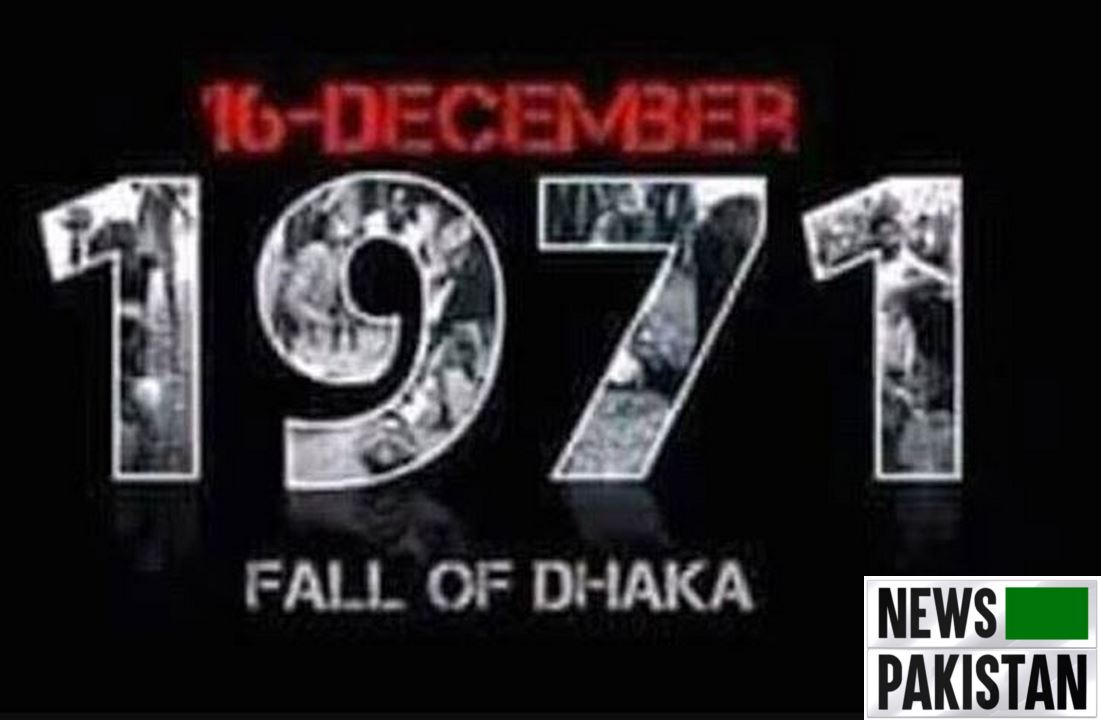 RAWALPINDI: Chief of Army Staff (COAS), General Qamar Javed Bajwa on Wednesday (23rd of November, 2022), in his farewell address at the Defense and Martyrs Day ceremony, commented on the Fall of Dhaka.

Outgoing Army Chief said he intended to discuss the topic that people usually avoid, which related to the performance of Army in the former East Pakistan in 1971.

He said: “I want to rectify some facts here. First of all, the East Pakistan crisis, was not a military but a political failure.

“The number of fighting soldiers was not 92,000, rather only 34,000, the rest were from various government departments.”

The COAS said that these 34,000 people had been confronting 250,000 Indian Army soldiers, and 200,000 trained Mukti Bahini but still they fought valiantly despite all odds.
They offered unprecedented sacrifices, which was acknowledged by former Indian Army Chief Field Marshal Manekshaw himself, he added.

He said the sacrifices of these brave Ghazis (war veterans) and martyrs, were not duly acknowledged by the nation till date, which was a huge injustice.

reaffirmed that the Army would have no role in the country’s politics for future.

The Army Chief was addressing the Defense and Martyrs Day Ceremony 2022 at the General Headquarters (GHQ), which was postponed earlier due to torrential rains and massive floods in the country.

The ceremony was included in the schedule of farewell visits on the wish of Chief of Army Staff General Qamar Javed Bajwa.

The serving and retired officers of Pakistan Army, families of martyrs and veterans, participated in the event.

The Army Chief, in the first-ever public farewell speech of any outgoing COAS, said the Army’s role in politics was unconstitutional.

“In February the last year, the Army’s leadership decided that there will be no role of the institution in any political matters in future.”

He said: “Today is Pakistan’s Martyrs’ Day as the Army Chief, I am addressing for the last time. Due to the floods, the Martyrs’ Day is being held late.”

General Bajwa said the families of the martyrs were the pride of nation and the Army would never leave their families alone.

In his six-year tenure, he added, the families of the martyrs were always found in high spirit, whereas the force could not reward but would not allow the sacrifices of their loved ones, to go in vain.

The Army Chief said he was proud to have been the commander of the Pakistan Army for the last six years.

He remarked that the main task of Army was to protect the geographical boundaries of the country, but it always went an extra mile for the service of nation.

“Whether it was the case of Reko Diq or Karkey’s fine, FATF negative impacts on the country to it’s journey to the white-list, integration of erstwhile FATA,…

“relief operations during floods, the army had always fulfilled its mandate to serve the nation and would continue to do so, Inshallah, in the future.”

He said: “I assure you that despite these actions, the Army will never neglect its primary task and fight against terrorism. There are sacrifices that can never be forgotten because the nations that forget their martyrs, are the nations that vanish.”

The Army Chief said now he would comment on the political situation : “I have been thinking for many years that the Indian army commits the grave human rights violations in the world, but their people are more or less critical of them.

“On the contrary, our army, which is busy day and night in the service of the nation, is criticized from time to time.

“The main reason for this is the involvement of the Army in politics for the last 70 years, which is unconstitutional : So in February last year, the Army decided after lot of deliberation that it will not interfere in any political issue.”

He said: “I can assure you that we are strictly committed to the pledge and will continue to be so.

“However, instead of welcoming this constitutional process, some circles criticized it by using inappropriate and indecent words.”

The Army Chief said they should be fully careful on this count though it was the right of the people to have positive analysis.

Some people opted for a fake and false narrative firstly for creating a chaos, and now they were retracting from that dubious position, he added.

He noted that the civil-military leadership was given inappropriate titles. He assured the nation that the Army leadership could do anything but never go against the interests of the country.

“I hope political parties will also review their conduct: We should learn from mistakes and move forward: Today Pakistan is faced with a serious economic crisis. No single party can steer it from it:

“Time has come for stakeholders to learn from past mistakes and move forward. A true democratic culture will have to be adopted in Pakistan.

“Victory and defeat is a part of politics : every party has to accept this aspect as well.”

General Bajwa said that Pakistan was God’s blessing for the nation, adding, “I am grateful to the families of the martyrs for coming to the ceremony; today is the day of renewal of the pledge.

“Let us all vow to unite for Pakistan, work for the betterment of the country, and should not hesitate from any sacrifice for the motherland.”

He added that how it was possible that the army would stay inactive, in case of any external conspiracy.

The Army Chief said: “It is impossible; rather a great sin. Those who think of a rift between the army and the people, will never succeed.”

The Army leadership had many options and resources to respond to this inappropriate onslaught, but the Army showed restraint in the larger interest of the country and abstained from any negative statements, he added.

“It may be noted that there is a limit to this patience and I would rather forgive this inappropriate and aggressive stance against me and the Army and move forward as Pakistan is supreme for all of us.

“Political parties and people may come and go whereas the country will remain forever,” the Army Chief said.

The Army, he said, had initiated its catharsis and hoped that the political parties would also review their conduct as well.

“It is also a fact that mistakes have been made by every institution, political party and civil society. We should learn from these mistakes and proceed ahead.”

He added that it was time for all stakeholders to put aside their personal egos and learn from the past mistakes and move forward to make Pakistan a better place.

About the general elections of 2018, he said that some parties named the winning party as selected one by using RTS failure as an excuse, and after losing the vote of confidence motion in 2022, one party named the other party as imported one.

During the ceremony, a documentary titled ‘Azam-e-Falah-o-Behood’ (the determination of welfare) was screened.

In the documentary, the statements of the families of the officers and soldiers of the Pakistan Army who sacrificed their lives, were showcased.

A special report on services in natural disasters, especially the recent floods, was also released on the occasion of the Defence and Martyrs Day titled ‘Abbeti’.

The martyrs of helicopter crash of Pakistan Army in Balochistan were paid tributes including Lieutenant General Sarfraz Ali, Major General Amjad Hanif and Brigadier Muhammad Khalid during the flight to help the flood victims.