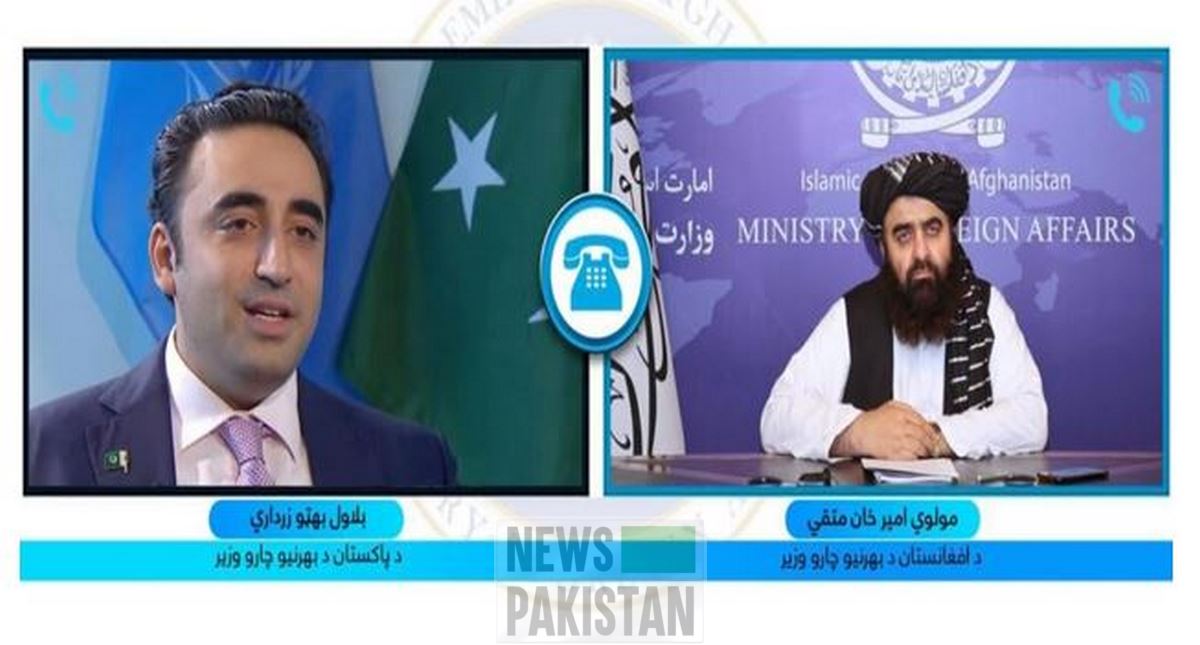 ISLAMABAD: Acting Foreign Minister of Afghanistan Amir Khan Muttaqi on Friday called Foreign Minister Bilawal Bhutto Zardari to condemn the terrorist attack on Pakistan’s Mission in Kabul and assured that the Afghan government would bring the perpetrators to justice swiftly.

The Afghan acting foreign minister strongly condemned the terrorist attack targeting Pakistan’s Head of Mission in Kabul Ubaid-ur-Rehman Nizamani, and conveyed his good wishes and prayers for the early recovery of the security guard, Sepoy Israr Mohammad, who was critically injured in the attack.

The foreign minister thanked the interim Afghan government for its strong expression of solidarity and underscored that the safety and security of Pakistan’s diplomatic personnel in Afghanistan were of utmost importance.

“The Afghan government must prevent the terrorists from undermining relations between Pakistan and Afghanistan,” he remarked.

Bilawal also reiterated Pakistan’s unwavering commitment to fighting terrorism, saying that Pakistan would be undeterred by such cowardly attacks.

Earlier, Pakistan also summoned the Afghan Charge d’affaires to convey its “deep concern and anguish” over the attack in Kabul on Pakistan’s Head of Mission.

It was underscored that perpetrators of this attack must be apprehended and brought to justice urgently; an investigation be launched into the serious breach of security of the embassy premises and that all necessary steps be taken to ensure the security of the diplomatic premises, officers and staff working in Pakistan’s Mission in Kabul and consulates in Jalalabad, Kandahar, Herat and Mazar-i-Sharif.

Responding to Pakistan’s call for apprehending the perpetrators and launching an investigation, the Afghan diplomat said the security of the Pakistani diplomatic missions had already been beefed up and assured that the Afghan authorities would leave no stone unturned in bringing the perpetrators of this dastardly act to justice.

Meanwhile, the Pakistani security guard Israr Mohammad was flown back to Peshawar after he was critically injured in the said attack.

“The helicopter carrying the injured security guard Israr Mohammad in today’s attack on our mission in Kabul, has landed in Peshawar,” the Foreign Office spokesperson said in a statement.

The spokesperson, responding to a media query, said that there were no plans to close the embassy or withdraw diplomats from Kabul.

“Pakistan is in contact with the Interim Government in Afghanistan and enhanced security measures are being taken to protect Pakistani diplomatic personnel and Missions in Afghanistan,” the spokesperson added.

HEC on resumption of studies in China