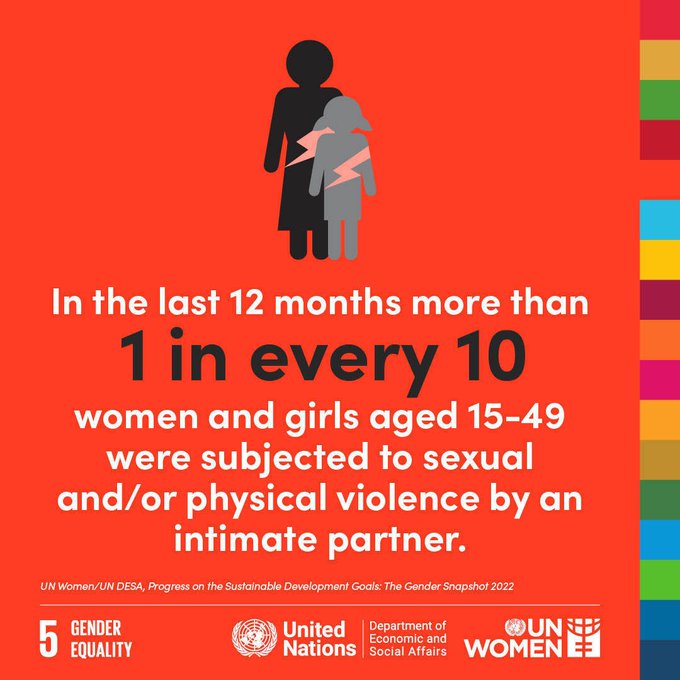 KARACHI (UN): The International Day for the Elimination of Violence Against Women and Girls (VAWG) will mark the launch of the UNiTE campaign (15th Nov – 10th Dec) — an initiative of 16 days of activism concluding on the day that commemorates the International Human Rights Day (10 December).

This campaign, led by the UN Secretary-General and UN Women since 2008, aims to prevent and eliminate violence against women and girls around the world, calling for global action to increase awareness, promote advocacy and create opportunities for discussion on challenges and solutions.

This years’ campaign UNITE! Activism to End Violence against Women & Girls will aim to mobilize all society to become activists for the prevention of violence against women, to stand in solidarity with women’s rights activists and to support feminist movements around the world to resist the rollback on women’s rights and calling for a world free from VAWG.

Violence against women and girls (VAWG) is one of the most widespread, persistent and devastating human rights violations in our world today remains largely unreported due to the impunity, silence, stigma and shame surrounding it.

In general terms, it manifests itself in physical, sexual and psychological forms, encompassing:

To further clarify, the Declaration on the Elimination of Violence Against Women issued by the UN General Assembly in 1993, defines violence against women as “any act of gender-based violence that results in, or is likely to result in, physical, sexual or psychological harm or suffering to women, including threats of such acts, coercion or arbitrary deprivation of liberty, whether occurring in public or in private life.”

The adverse psychological, sexual and reproductive health consequences of VAWG affect women at all stages of their life. For example, early-set educational disadvantages not only represent the primary obstacle to universal schooling and the right to education for girls; down the line they are also to blame for restricting access to higher education and even translate into limited opportunities for women in the labour market.

While gender-based violence can happen to anyone, anywhere, some women and girls are particularly vulnerable – for instance, young girls and older women, women who identify as lesbian, bisexual, transgender or intersex, migrants and refugees, indigenous women and ethnic minorities, or women and girls living with HIV and disabilities, and those living through humanitarian crises.

How to save your kids from lethal specter of drugs looming all over Karachi!