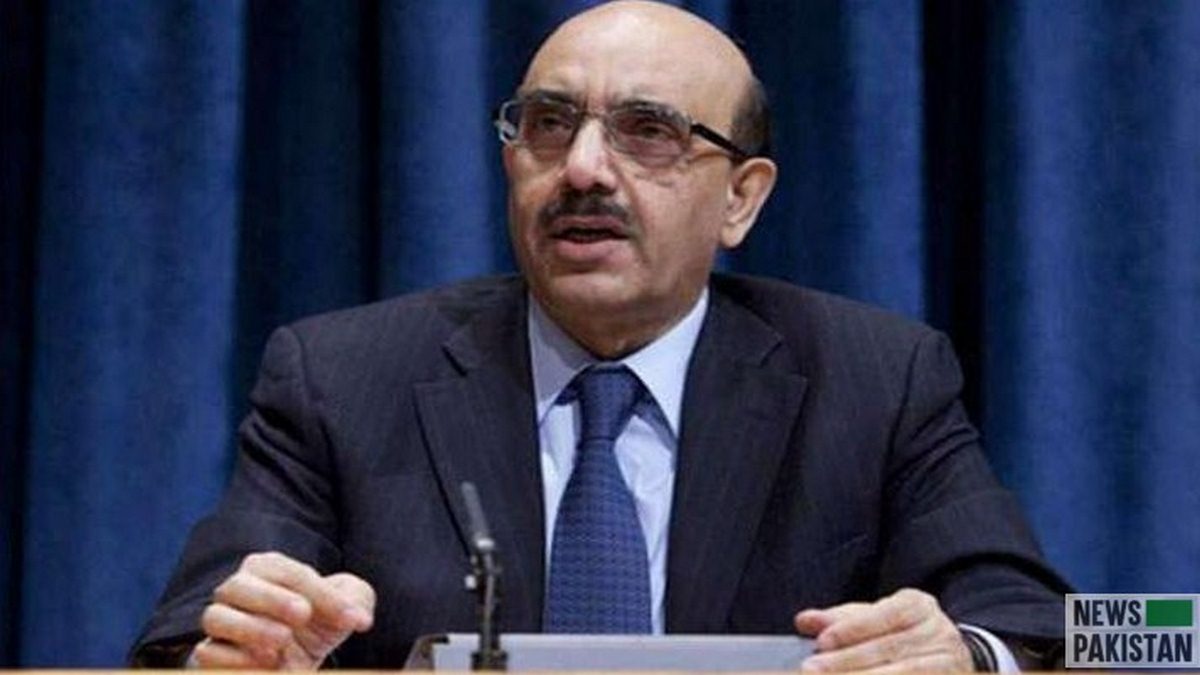 WASHINGTON: The ties between Pakistan and the United States are poised to grow in the future, Ambassador Masood Khan said in Washington Wednesday.

“The prospects of US-Pakistan relations are bright,” the Pakistani envoy said while speaking at a conference organized by the US top think-tank, Atlantic Council; John Hopkin’s University; University of Lahore and Engro Corporation.

Pakistan and the US, he added, now have stand-alone, broad-based relationship.

Fred Kempe, the Atlantic Council’s President, and Dilawar Syed, US Special Representative for Commerce and Business Affairs, addressed the inaugural session of the conference.

Masood Khan thanked Kempe and other sponsors for ensuring participation of private sector corporation and two Universities in this conference.

In his remarks, the ambassador said that Pakistan and the United States were developing a singular trajectory with responsibilities towards the broader region.

“We are engaged right now to recalibrate, reenergize and rejuvenate a broad-based relationship in the new technological age,” he said.

“The US policy in the past was based on regional equilibrium. There is no reason it should not be now”, he said, adding that Washington’s relationships with Pakistan and India stood on their own.

Masood Khan said that Pakistan and the US understood each other’s strategic calculus and imperatives.

While Pakistan had strong ties with China, it wanted to have very robust ties with the United States as well in all fields.

After the US troops’ withdrawal from Afghanistan, he said, there was uncertainty and disquiet about the relevance and nature of their relationship.

Two-way diplomacy, he said, has now brought the engagement to an even keel, thus leading to public pronouncements by the leadership of the two countries to give a fresh impetus to strengthen their bonds.

In the past 75 years, he said, Pakistan and the United States had evolved a legacy of cooperation in diverse fields.

Pakistan benefited economically and militarily from the US support and together they made the world safer through collaboration during the Cold War, by fighting terrorism, by contributing to UN peacekeeping and jointly conducting counter-piracy operations.

“We have been partners in war and peace”, the ambassador said.

He said that the legacy of cooperation continues, with Pakistan having helped the US in massive evacuations from Afghanistan, and Washington delivering 79 million vaccine doses to help Pakistan fight the Covid-19 pandemic, making it the top donor to the country.

The Pakistani envoy expressed the confidence that a harmonious strategic alignment between Pakistan and the United States will create a salutary environment for scaling up bilateral ties in the economic, technological and educational domains.

“We would not let geopolitics interfere with this framework.”

Ambassador Masood Khan cautioned that it would be a “fatal mistake to ignore our obligations in South Asia” in regard to conflict management and conflict resolution, regional deterrence, response mechanisms and strategic stability.

“These areas should not become international community’s blind spot because of the emerging security architecture in the Asia-Pacific region”, he said, while calling for reviving bilateral and multilateral diplomacy on Kashmir.

The envoy also said that sustainment of US-origin legacy equipment and an end to the ban on sale of new defense platforms to Pakistan are legitimate expectations, as mutual confidence grows between Islamabad and Washington.

In the security realm, he said, the US and Pakistan are pursuing their shared interests to stabilize Afghanistan, counter terrorism and foster regional security.

Trump says he called off Iran strikes at last minute