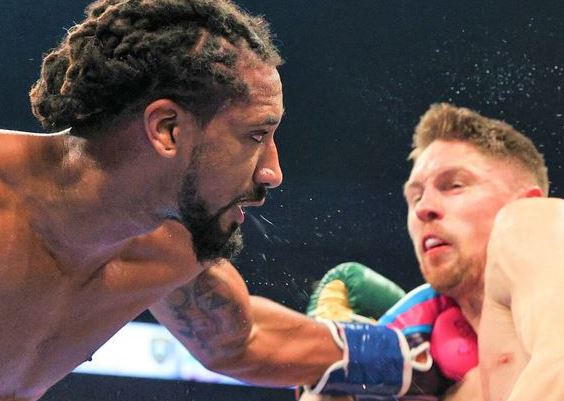 Andrade dropped Quigley with a right hook in the first round of the bout at SNHU Arena in Manchester, New Hampshire, and sent him to the canvas again in the second with a punishing left.

Even as Andrade began his celebrations the gutsy Quigley beat the count, but as he went down under another onslaught referee Arthur Mercante Jr. called a halt at 2:24 of the round.

“I did what I said and I felt good,” said Andrade, who improved to 31-0 with 19 knockouts and reiterated his desire to take on the biggest names in the middleweight division.

“Who’s next? What’s next? Jaime Munguia needs to be fighting me. I want to get in with the best,” he said. “Line ’em up. The fans need to demand these fights and ask for the best against the best.”

Andrade, 33, was fighting for the first time since a unanimous decision victory over Britain’s Liam Williams in April.

He has made five defences of the WBO belt he won in October 2018.

Quigley, fighting in his first world title bout after beating American Shane Mosley Jr. in May, fell to 19-2.

On the undercard, World Boxing Council flyweight world champion Julio Cesar Martinez’s title defence against McWilliams Arroyo ended in a no-contest after two rounds after Arroyo was cut over his left eye by an accidental head butt.

Mexico’s Martinez, 16-1 with 14 knockouts and 1 no-contest, retained his title.

Both fighters were knocked down in the first round and Martinez dropped Puerto Rican Arroyo in the second after the cut had opened.

US defense chief on Ukraine