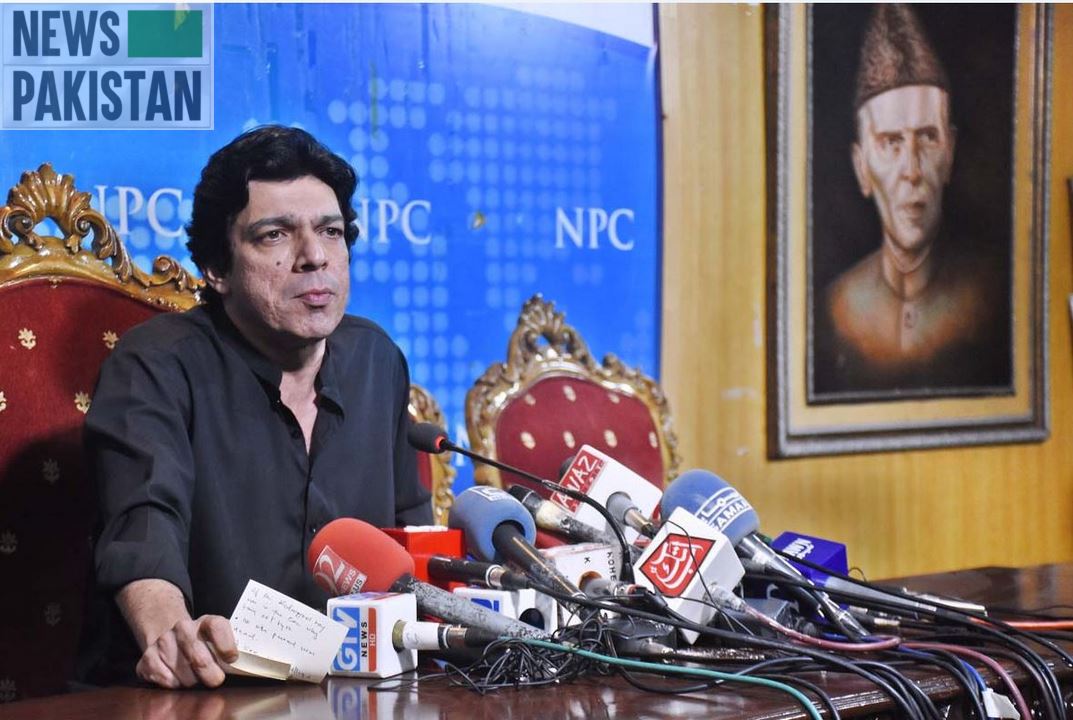 ISLAMABAD: PTI leader Faisal Vawda on Wednesday (26th of October, 2022) claimed that as against the version of the Kenyan police, journalist Arshad Sharif was shot at from a close range, therefore, his murder was “premeditated.”

Holding a press conference at the National Press Club in the federal capital, Vawda, who claimed that he was a close friend of the slain journalist, said that irrespective of how a probe into his murder is launched, evidence related to his killing — including his mobile phone, laptop, and documents — will “never be found as they have been erased.”

He dismissed the version of the Kenyan police — that had maintained that Arshad was killed in a case of “mistaken identity” after the local law enforcement fired about 20 bullets at his car — and said that only two bullets were fired at him.

“In my opinion, two bullets were fired at him, one to the head and the other to the chest by a person either sitting in the car or present at a very close range,” he stated.

Vawda explained that bullets cannot be fired from a long distance when it directly hits the head and chest, adding “if it would have been from far away, then 8-10 bulled would have been fired.”

“The story that has been narrated regarding the mistaken identity case should have been plotted well because no matter which country is in question, the police would never open fire if they had (as they claim) doubts of a child being present in the car,” he added, stating that in this case, only Arshad died as a part of this “cold, planned, brutal murder that was conspired.”

He lamented about the procedure of justice in Pakistan as well as Kenya — where he said conditions were worse than that of Pakistan — and claimed that Arshad was “chosen to be killed in Kenya by those who want to break the country.”

‘Not a mere accident’
The PTI leader said that the journalist’s murder is now a matter of Pakistan’s dignity and honour, so “I will speak the truth without fearing the consequences because his martyrdom was a pre-conspired murder, not a mere accident.”

He also said that “conspirators” blackmailed and threatened Arshad to leave Pakistan, so he went to Dubai.

“Later, it was claimed that either the establishment or some unknown institutions pressurised him and asked him to leave Dubai, but this information is false. I will give you details of it later.”

The PTI leader said that Arshad completed his stay in Dubai until the expiry of his visa and later, it was reported that he went to London. “However, he did not go to London either.”

Vawda asserted that a person was “conspiring” against the slain journalist and he has informed PTI Chairman Imran Khan about this “conspirator”.

“Arshad was an honest person, but the conspiracy that he was informed about had another conspiracy behind it”, the PTI leader said.

Vawda added that a common man could not send Arshad to Kenya from Dubai. “Those are the people who wish to see instability and chaos in the country. This wasn’t a plain death. It was a cold-blooded murder,” he reiterated.

‘I was constantly in contact with Arshad’
The PTI leader said that the journalist was in contact with the establishment and he was ready to come back to the country, but some people were feeding him a “conspiracy”.

He went on to say that Arshad was ready to come back to Pakistan, but the “conspirators” thought that it was better to have him killed as his presence would lead to several truths being unfolded.

“You might ask how would I know such things? Well, I was in contact with Arshad Sharif until the very last moment and I am ready to hand over my phone for forensic analysis to any global agency to authenticate the veracity of my statement,” the ex-minister said.

Vawda said that the players behind the “conspiracy” were in Pakistan, adding that Sharif had a positive relationship with the establishment — “and I was a part of these conversations.”

The PTI leader said the people behind this “conspiracy” were not far from his reach.

The former minister said that PTI’s long march — set to kick start from Lahore on October 28 (Friday) — would “witness bloodshed, death, and funerals.”

“These funerals will definitely be held, but I will try until my dying breath to save my Pakistanis from sacrificing their lives for a conspiracy hatched by some people. I will try to end this politics of death and bloodshed in this country.”

Vawda said that “important and common” people’s deaths will take place in the long march, adding that there were “ulterior motives” behind the march to Islamabad.

He said that several deaths will take place before and during the long march as the motive is to “divert the attention” so that the nation “would start seeing things in black as white”.

Vawda stated that he was ready to share evidence with the Military Intelligence and Inter-Services Intelligence, adding that he would share further details related to Arshad’s murder in the coming days.

Claiming that neither the establishment nor any politician was involved in this, he said that the current establishment would be “very foolish if it would have planned something.”