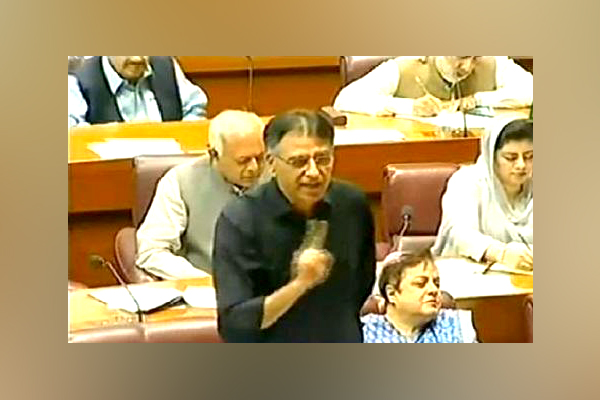 Speaking in National Assembly, Umar said that Bilawal had said that Pakistan is facing loss with respect to its economy. The ratio of economic development was reported as 2.8 percent in last five years, he told.

The PTI MNA said that the ratio of inflation in previous eight months has been recorded as 6.8 percent. The country should overcome price hike to eliminate poverty, he demanded.

Asad Umar said that in PPP tenure, the average deficit of budget was 7 percent while 135 percent increase was also witnessed in the loans. Bilawal Bhutto had termed PTI government as ineligible and failed one but PPP itself had looted national treasure, he added.

PTI leader said that 8 percent reduction was observed in Federal Board of Revenue (FBR) targets in PPP government while they also changed four finance ministers.