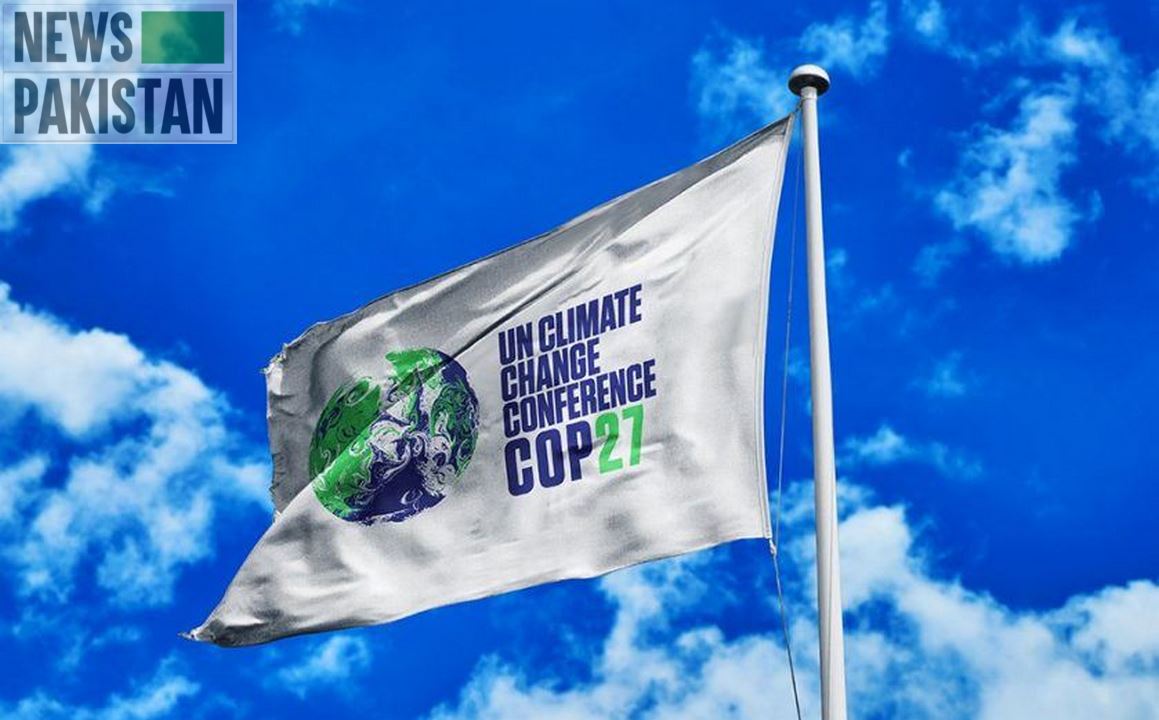 WASHINGTON: Flood-hit Pakistan, which heads an influential bloc of nations at the United Nations, is set to lead the push at the upcoming U.N. Climate Summit in Egypt for compensation to developing countries suffering from climate change- a class of impacts collectively known as “loss and damage.”

“To the developing countries that are suffering these impacts because of the policies of industrialized countries over the past 150 years, this is a matter of climate justice,” Ambassador Munir Akram, permanent representative of Pakistan to the UN and Chairman of the Group of 77 (developing countries) and China, said in an interview with The Washington Post.

The Group, which was formed in 1964, now has 134 members and is the United Nations’ biggest intergovernmental group of emerging countries.

Ambassador Akram is a member of Pakistan’s top-level delegation to the summit, known as COP27, taking place in Sharm el-Sheikh from November 6 to 18.

His interview with the Post was weaved into a report from Dadu, Sindh, that highlights the vast devastation caused by the unprecedented, climate-induced floods.

Developing countries have long warned that rising temperatures would hit them the hardest, punishing the people who contributed the least to planet-warming emissions and have the fewest resources to cope, the report pointed out. Now, as the floods in Pakistan and other recent disasters make the consequences of climate change impossible to ignore, it said, the world is gearing up for a showdown over who should pay the costs.

The G-77/China has called for the creation of a loss-and-damage fund, which hard-hit countries can rely on for immediate assistance after a disaster, rather than waiting for humanitarian aid or loans that will drive them into debt.

Developed countries have historically resisted such calls, fearing liability for the billions of dollars in damage that could be linked to their emissions.

But the dramatic escalation in extreme weather, coupled with deep frustration over unfulfilled climate funding promises from the industrialized world, have put pressure on nations like the United States — which has resisted providing compensation — to shift their stance, the Post said.

“With the Pakistan disaster the poster child of climate impacts, there is a change in the political mood, I think,” Ambassador Akram was quoted as saying.

On his part, U.N. Secretary-General Antonio Guterres said Thursday there is “no more time to postpone” the loss and damage issue. Egypt, the host of COP27, will make it a priority agenda item at the upcoming talks, the Post said,.

U.N. climate accords require wealthy countries to provide funds to help developing nations curb their emissions and adapt to a changing climate. But there is no such financial support for vulnerable people to deal with harm that has already occurred.

During negotiations over the Paris agreement in 2015, the United States demanded that the article on loss and damage specify it “does not involve or provide a basis for any liability or compensation.”

At last year’s talks, developing nations fought for language that urged their rich counterparts to fund loss and damage. A majority of countries supported it, but that text was ultimately dropped amid opposition from the United States and European Union.

“There’s a lot of talk about global solidarity and so forth,” Akram said in the interview. “But there is this reluctance on the part of the Global North to accept or admit their policies caused this, and therefore they have a responsibility to respond to this.”

About a quarter of all greenhouse gas pollution produced by humans comes from the United States, according to data from the Global Carbon Project. More than 80 percent of planet-warming emissions comes from the world’s 20 largest economies.

By contrast, Pakistan is the source of less than 0.4 percent of historic carbon pollution. A 2021 analysis found that more than half of people in Pakistan are “energy poor” — meaning they lack reliable access to electricity, transport, communications equipment and basic household appliances.

But when blistering heat waves beset South Asia this summer — an event made 30 times more likely by climate change, according to scientists — there were dozens of deaths, huge crop losses and a massive flood from a melting glacier in Pakistan, the report said. The country suffered again after record rainfall during monsoon season caused catastrophic flooding.

At the same time, Pakistan is grappling with more than $30 billion in physical and economic losses from the floods, a World Bank report found. Devastation to agriculture and other industries is expected to shrink the national gross domestic product by more than 2 percent.

Rebuilding damaged infrastructure in a resilient way will cost the country more than $16 billion, the World Bank said — a bill the cash-strapped nation can ill afford to pay.

Citing experts, the Post says the disaster in Pakistan illustrates what happens when the climate crisis collides with long-standing problems of poverty, dysfunction and debt.

“The countries who suffer from this should have the ability to access financing automatically so they don’t have to go around with their hands out, and depend on generosity and largesse of richer countries every time,” Ambassador Akram said.

Pakistan’s resources were swiftly exhausted by the overwhelming scope of the flood damage, leaving the nation dependent on outside humanitarian aid.

Pakistan was ‘unaware’ about Bin Laden’s presence in Abbottabad: Former US envoy