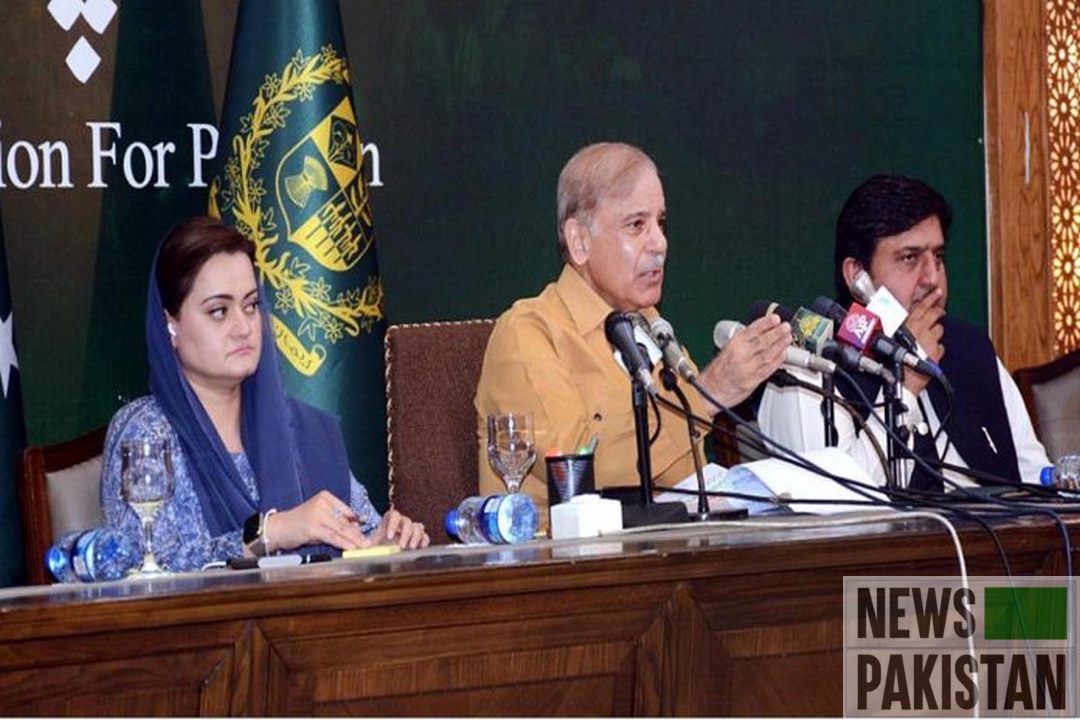 ISLAMABAD: Prime Minister Shehbaz Sharif on Saturday (5th of Nov 2022) appealed to the Chief Justice of the Supreme Court to establish a full court commission to investigate the firing incident aimed at PTI Chairman Imran Khan and his Long March’s convoy in Wazirabad and the ensuing allegations leveled by the former premier.

Addressing a press conference here he said, the commission of the Supreme Court should probe the allegations of Imran Khan against him, Interior Minister Rana Sanaullah and a high-ranking army officer.

He said, “I will immediately write a letter to the chief justice Supreme Court for the investigation by the full court commission.”

The same full court commission should also investigate the murder of [senior journalist] Arshad Sharif and the circumstances surrounding the tragic incident, he added.

He assured that the federal government would fully support the commission.

Shehbaz Sharif said it was unfortunate that Imran Khan had falsely alleged that the prime minister, interior minister and an important officer of the institution hatched a conspiracy against him.

He said as a prime minister it was his responsibility to play his role when people were misled with repeated lies to take the country to the brink of disaster.

The prime minister said Imran Khan had his government in Punjab, his own chief minister, the province’s bureaucracy and special branch so he should ask them to hold an inquiry into the incident of Wazirabad attack.

“Imran Niazi should provide evidence to prove his allegations of involvement of the three persons including him (Shehbaz), in the attack,” he asserted.

“I have no right to remain the prime minister for a second if evidence is presented about my involvement in the incident in Wazirabad,” the PM added.

He said the country could only move forward if truth and lies were sifted and the people of Pakistan had the right to know the facts.

He said Imran Niazi was telling the “worst lies and hatching nefarious conspiracies against the national institutions”.

Meanwhile, a series of past videos were shown on the occasion to shed light on the contradictory statements and erratic behaviour of Imran Khan, maligning the judiciary and the leadership of armed forces.

Shehbaz said joy erupted in India when people there came to know about the statements of Imran Khan against the country’s top institutions.

“This person (Imran) is an embodiment of lies and has been trying his utmost to mislead people of Pakistan,” he said.

He said the formation of the full court commission was vital to help the country move forward and strengthen parliamentary democracy whose foundations were shaken by the unfounded allegations.

He stressed that religion card should not be used for fomenting political violence.

He recalled that similarly, Imran Khan did politics on the incident of Model Town, Lahore.

“The case of Arshad Sharif was also used by Imran for political mileage,” he added.

He said thousands of armed forces personnel in the insurgency-hit tribal areas and Balochistan sacrificed their lives for the defence of Pakistan and the use of derogatory language against the national institutions on social media was hurtful and unacceptable.

The PM said Imran Khan levelled an allegation of US $10 billion corruption against him, however, the case could not proceed in court as lawyers of PTI did not appear before the judges for years.

“Imran Khan kept Tayyiba Gul in his illegal custody in the Prime Minister House and blackmailed the then chairman National Accountability Bureau Justice (Retd) Javed Iqbal to use him against the opposition,” the PM said.

Imran also made allegations against him (Shehbaz) of US $17 million corruption in the Multan Metro project and defamed China, besides accusing him of corruption of Rs 27 billion,” he reminded.

He said “Imran and his associate Shehzad Akbar also accused him of embezzlement in the fund of the Department for International Development (DFID) of the United Kingdom and got published a false story in Daily Mail.”

However, later all these allegations were proven wrong in courts which granted him and Hamza Shehbaz bail and the National Crime Agency of UK gave him (Shehbaz) clean chit, he pointed out.

He said the government of Imran Khan was removed by the opposition through the constitutional measure of a confidence motion.

Shehbaz held “Imran responsible for destroying the economy of Pakistan and its foreign relations” in his four years of government.

The image of Pakistan was badly affected “during the sit-in of Pakistan Tehreek-e-Insaf in 2014 when the visit of Chinese President was cancelled”, he added.

Talking about his recent visit to China, he said the stalemate of four years in relations of the two countries was broken and progress was made on China-Pakistan Economic Corridor (CPEC) project.

He said he visited Saudi Arabia and China to improve relations with these countries and the results were encouraging and positive.