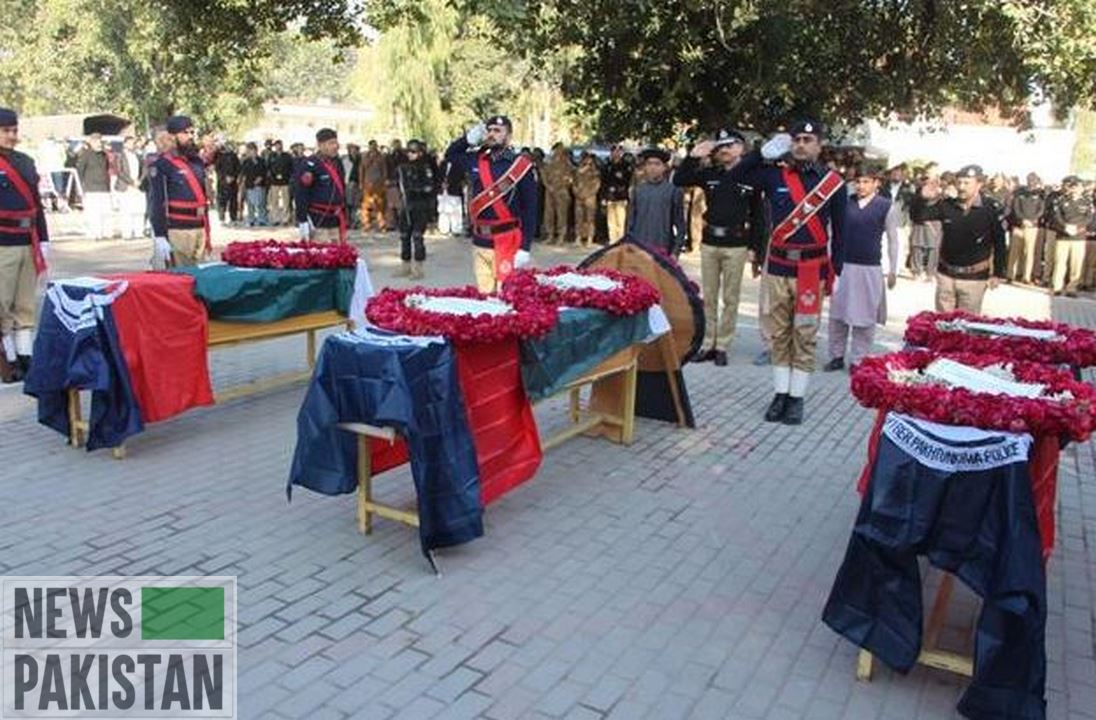 PESHAWAR: Political leaders have strongly condemned the death of three cops (including DSP Sardar Hussain) in a terrorist attack carried out at Sarband Police Station here on Saturday (14th of Jan 2023).

The Namaz-e-Janaza of the slain cops was offered at Police Lines.

Provincial President Awami National Party (ANP), Aimal Wali Khan has condemned the attack of miscreants on Sarband Police Station and expressed grief over the killing of police personnel in the incident.

In a statement issued from Bacha Khan Markaz here Saturday (14th of Jan 2023), the ANP provincial president praised the sacrifices of police in maintaining peace and said that we stand with police force which never desisted from offering sacrifices in the line of duty.

He also expressed grief and sorrow over the death of Deputy Superintendent Police, Sardar Khan and two others police personnel in the incident.

Aimal Wali also highlighted the need to further equip police force with modern weaponry and said that the increase of insurgency was a matter of grave concern for all of us.

The attempts to make KP province a battleground would be foiled, he added.

Was Asim Saeed, the blogger who seeks asylum in UK, really kidnapped and tortured?