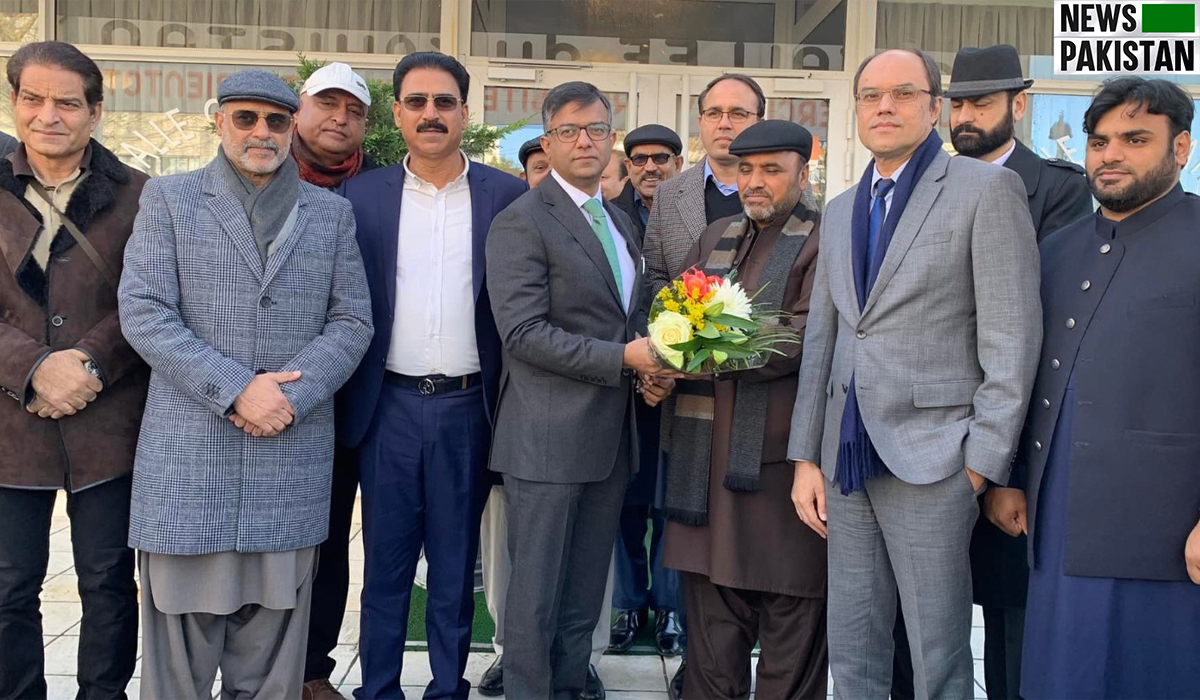 Report by Sahibzada Ateeq in Paris

PARIS: In order to pay tribute and say Au Revoir to outgoing Deputy Head of Mission Pakistan Embassy Abbas Sarwar Qureshi for the invaluable services rendered by him a grand farewell ceremony was held in Paris by the Pakistan Business Forum France.

Chairman Business Forum Sardar Zahoor Iqbal while welcoming the distinguished guests lauded the services of Abbas Sarwar Qureshi for the community and greatly appreciated his performance.

General Secretary Yasir Khan praised the performance of the Embassy of Pakistan in terms of community services.

Other speakers on the occasion said that Deputy Head of Mission Abbas Sarwar Qureshi during his tenure has won the hearts of the Pakistani community by working for them and solving their problems.

They held that sincere and compassionate Abbas Sarwar Qureshi harbor special love for his countrymen and thus was leaving affection in their hearts.

President Business Forum France Haji Muhammad Aslam Chaudhry who was the host of the farewell party maintained that the purpose of the forum was to contribute towards the development and prosperity of the country and act as a bridge between the beloved homeland and France.

Speaking on the occasion Chief Guest Acting Ambassador of Pakistan Amjad Aziz Qazi noted that such functions were a sign that the community was satisfied with the work of the Embassy of Pakistan.

Deputy Head of Mission Abbas Sarwar Qureshi thanked Pakistan Business Forum France for hosting the event in his honor and said that he would never forget the affection of Pakistani community during his stay in France.