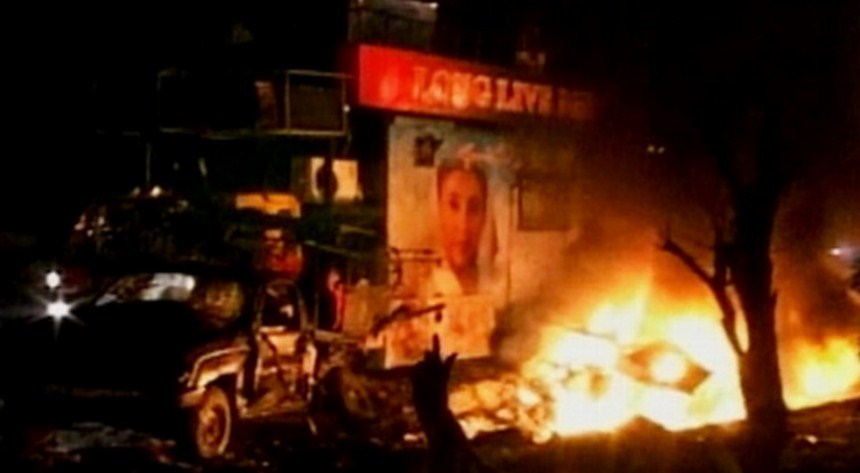 KARACHI: Commemorating the 12th anniversary of the twin blasts that targeted former prime minister Benazir’s welcome procession near Karsaz here on 18th October 2007 and to pay tribute to the party workers who lost their lives in the tragedy, PPP Chairman Bilawal Bhutto Zardari is addressing a public gathering in front of Quaid‘s Mausoleum. 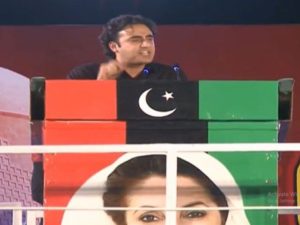 Bilawal Bhutto Zardari, claiming that PPP agents were not allowed to enter the polling stations, pledged that rigging carried out during yesterday’s by-poll for the Larkana PS-11 seat would be exposed. Calling the incumbent government selected Bilawal Bhutto Zardari said that it was time they were sent back home as selected could not serve the people.

Holding that Prime Minister Imran Khan did not possess the ability to govern the country, Bilawal Bhutto Zardari stated: “Imran Khan neither has the capability nor seriousness to govern a country of 200 million people… Parliament has been side-lined and politicians have taken to the streets.”

He pointed out that the political opponents were sent to jail. Focusing on the macro economics he accused the PTI-Government had hypothecated the country to IMF and also stopped CPEC project: “

Alleging that the incumbent rulers had compromised on the issue of Kashmir he stated: “Even a blind person can see Kashmir has been sold out, and CPEC has been slowed down…The incompetent government should be removed for committing these crimes.” He said that in the last five decades PPP-P had witnessed a number of vicissitudes.

HYDERABAD: Today, on the tenth anniversary of the Karsaz blast (that was meant to kill former PM Benazir Bhutto), cynics go haywire wondering why – despite three inquiry committees – the investigators are still clueless!

On 18th of October a decade ago, when former Prime Minister Benazir Bhutto was leading a homecoming procession from Airport towards Bilawal House in Clifton, two bombs exploded at Karsaz near her vehicle.

Though Benazir Bhutto escaped the assassination attempts unscathed, many of her followers lost their lives on that day.

Observing the tenth anniversary of the incident PPPP is organizing a huge public gathering here today that will be addressed by PPPP Chairman Bilawal Bhutto Zardari.

Sources have informed that over 40,000 chairs have been placed at site of the gathering.