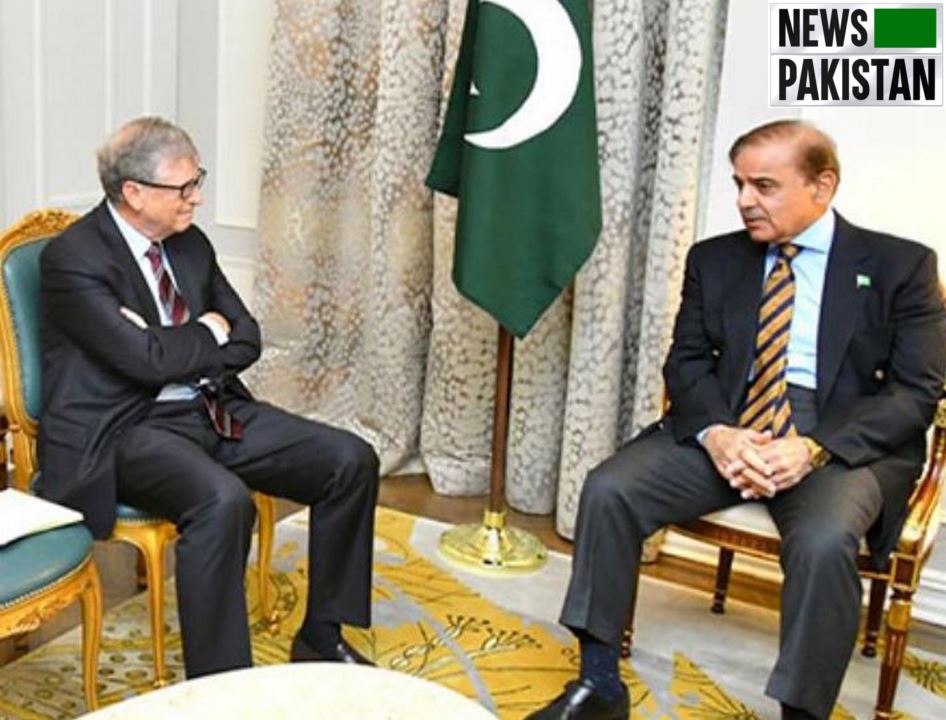 The prime minister updated Mr Gates on the impact of the floods on the people’s lives and livelihoods, and public health in Pakistan, and the work the government was urgently undertaking to alleviate their sufferings.

Bill Gates expressed his concern for the people of Pakistan following the floods and reiterated the Foundation’s continuous support and partnership with Pakistan during the challenging time.

He affirmed that the Gates Foundation would continue its current support including the disaster relief efforts in flood-affected areas of Balochistan and Sindh.

The prime minister and Mr Gates discussed the impact of the floods on immunization and maternal health services, and polio eradication in particular.

The prime minister acknowledged the need to prioritize maternal and newborn care in the flood-affected areas and thanked Mr Gates for the Foundation’s support to Pakistan’s relief efforts thus far.

On the polio eradication, the prime minister and Mr Gates discussed that eradication efforts were facing a challenging situation because of the floods, especially after a recent rise in the number of wild polio cases.

The prime minister reaffirmed the government’s resolve to pursue the campaign relentlessly.

They agreed to continue their collaboration with polio partners to urgently reach vulnerable children with polio vaccines through the remainder of 2022 and prevent the disease re-establishing itself in Pakistan’s major cities.

Mr Gates thanked the prime minister for his continued prioritization of the polio eradication.

They also spoke of how the polio programme was using its robust infrastructure to support the acute phase of the flood response, including deploying its surveillance system to monitor for malaria, dengue, and water-borne disease outbreaks as well as helping to deliver other life-saving vaccines to the children.

The polio programme, with funding from the Bill & Melinda Gates Foundation, is currently conducting 1,200 health camps in the worst flood-affected districts across Pakistan.

They exchanged views on the need to continue their close partnership together to ensure Pakistan make progress on health and development, including for enhancing agricultural resilience and rebuilding sustainable infrastructure that can withstand future climate shocks.

Squads for the Super 12 round of the T20 World Cup