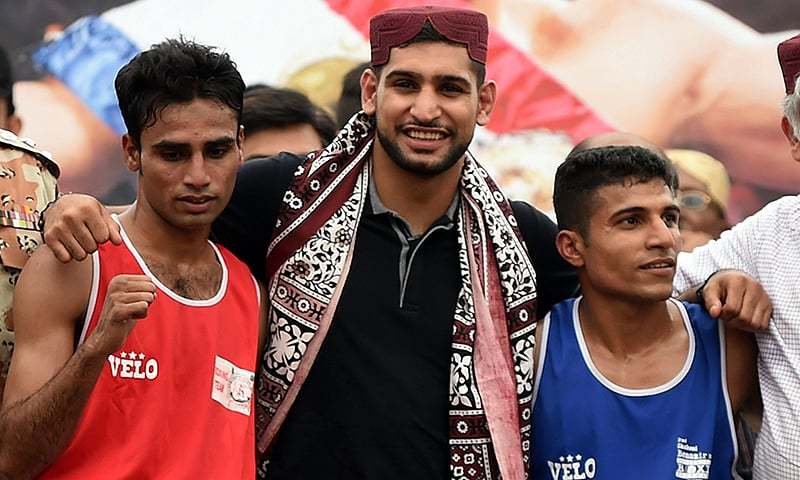 Karachi: Boxer Amir Khan will be in Lyari today as chief guest for the All Pakistan Amir Khan Boxing Tournament.

He tweeted out that he will reach the Lyari stadium at 5 pm. Previously, Amir visited to Lyari in August and the massive crowd poured in to see him, the younger generation of boxers in the locality found hope upon his arrival.

“See you all at Lyari stadium at 5pm for the All Pakistan Amir Khan Boxing Tournament.”, he said in his tweet.

The final match for the national boxing tournament will take place at the the Peoples’ Stadium in Lyari. The tournament began on Monday last week.