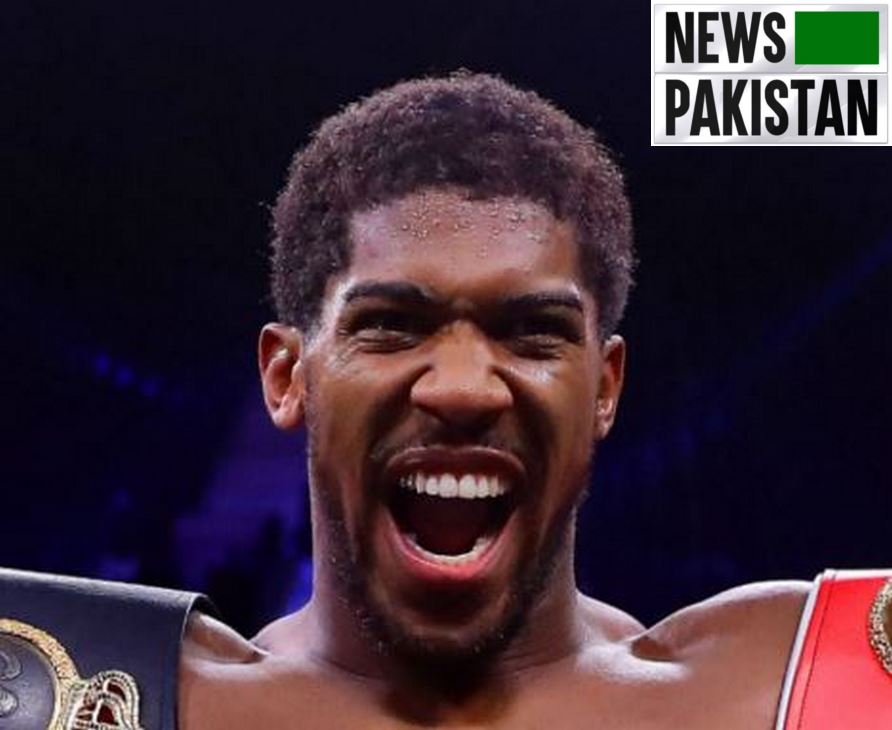 KIEV: A rematch between Oleksandr Usyk and Anthony Joshua is possible in February or March, the promoter of the Ukrainian boxing champion confirmed Tuesday, days after Joshua lost his world heavyweight titles to Usyk.
Usyk won by a unanimous decision, depriving Joshua of his World Boxing Association, International Boxing Federation and World Boxing Organization belts in front of a home crowd in London on Saturday.
Joshua immediately voiced his readiness to face Usyk again, saying at a post-fight press conference that he is “110 percent” likely to activate a rematch clause contained in the contract for the bout.
“The approximate time that Eddie Hearn announced at the press conference after the fight, February-March, is indeed true,” Usyk’s promoter Oleksandr Krasyuk said Tuesday at a joint press conference with the boxer in Kiev.
“Within this period, a rematch should take place,” Krasyuk said.
Hearn, Joshua’s promoter, suggested during the post-fight press conference in London that any rematch would be in Britain.
His remarks came after Usyk, who secured most of his victories outside of Ukraine, said that he “would love to have the rematch at Olympiyskiy Stadium in Kiev”.
Usyk’s victory extended his unbeaten professional record to 19 wins and scuppered the prospects of an all-British world heavyweight title unification bout between Joshua and Tyson Fury.
It also meant that the Ukrainian became just the third cruiserweight world champion after Evander Holyfield of the United States and Britain’s David Haye to also take a heavyweight title.
Usyk, 34, achieved the feat in just his third professional contest in the heavyweight ranks.