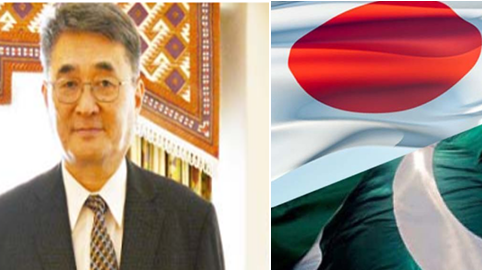 KARACHI: With improvement in security situation in the country especially in this Port city, Japanese companies are coming back to Pakistan, many have already come back and number of others are ready to find business opportunities.

This was informed by Consul General of Japan Toshikazu Isomura while speaking at an interactive session with members of Korangi Association of Trade and Industry (KATI), at the association’s secretariat, said a KATI statement today.

Many small companies were looking for space to start business. He said that Japan was investing in social sector including health and education sectors in Pakistan. The Consul General assured that he would be playing every possible role in strengthen the ties between private sectors of both countries.

Japan International Coordination Agency (JICA) and Japan External Trade Organization (JETRO) were also playing a proactive role in this regard, he said.

Tariq Malik said the trade between Japan and Pakistan had frozen to certain level. There was a lot of potential to bring increase in the bilateral trade. KATI Chairman, Masood Naqi said government-to-government contacts and economic cooperation was intact, but there was dire need to bring both the private sectors closer to each other.

FBR on Rs.16B refunds to retailers