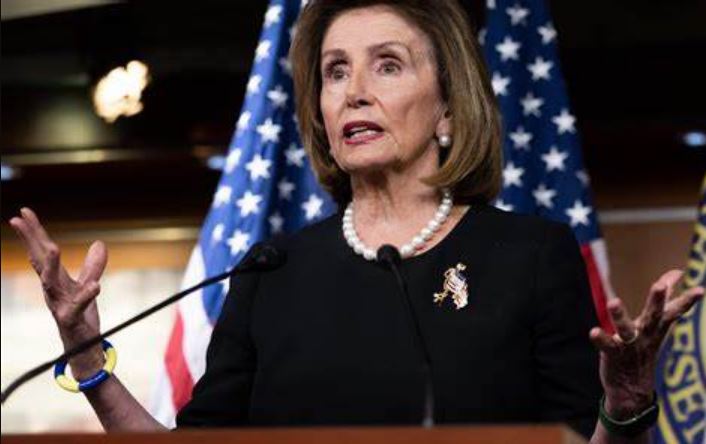 MANHATTAN: Chinese Ambassador to the UN Zhang Jun, has warned that a visit by United States House of Representatives Speaker Nancy Pelosi to Taiwan would undermine China-US relationship, saying the “one China principle” is a “red line” and “we allow no one to cross this red line.”

“Such a visit is apparently very much dangerous, very much provocative,” Zhang told a press conference at the start of China’s presidency of the U.N. Security Council for August.

“If such a visit happens it will also undermine the relationship between China and the United States.”

“China is fully prepared to respond. If the US insists on making the visit, China will take firm and strong measures to safeguard its national sovereignty and territorial integrity, and the US has to bear all the serious consequences arising thereof,” he said.

Replying to a question, Zhang said he wasn’t in a position to reveal what actions, “but what I can tell is that the firmness, the determination is there. We will do whatever we can to defend our sovereignty and the territorial integrity.”

The Taiwan question bears on China’s core interests and is the most important and sensitive issue in China-US relations, the ambassador pointed out.

He also said that such a visit by Pelosi should not be compared to the last time a U.S. House speaker visited the island claimed by Beijing in 1997.

“An earlier mistake does not make the following mistake legitimate,” Zhang said. “Furthermore the situation in Taiwan is also changing with the support of some external forces.”

“Taiwan’s tendency towards independence is further developing. If we do not take appropriate, forceful action to stop it … the situation might be even out of control,” he told journalists at UN Headquarters in New York.

He urged Washington to honor its commitment to the one-China principle, which he said U.S. President Joe Biden reiterated during a call with Chinese leader Xi Jinping last week.

Asked whether the Security Council will discuss the serous incident that took place Sunday on the border between the Democratic Republic of Congo and Uganda in which UN peacekeepers shot dead two civilian during a protest, he said the Council members have expressed their concerns over the situation.

“Definitely, we are watching it very closely and, if necessary, the Security Council will take action on that,” the ambassador said.