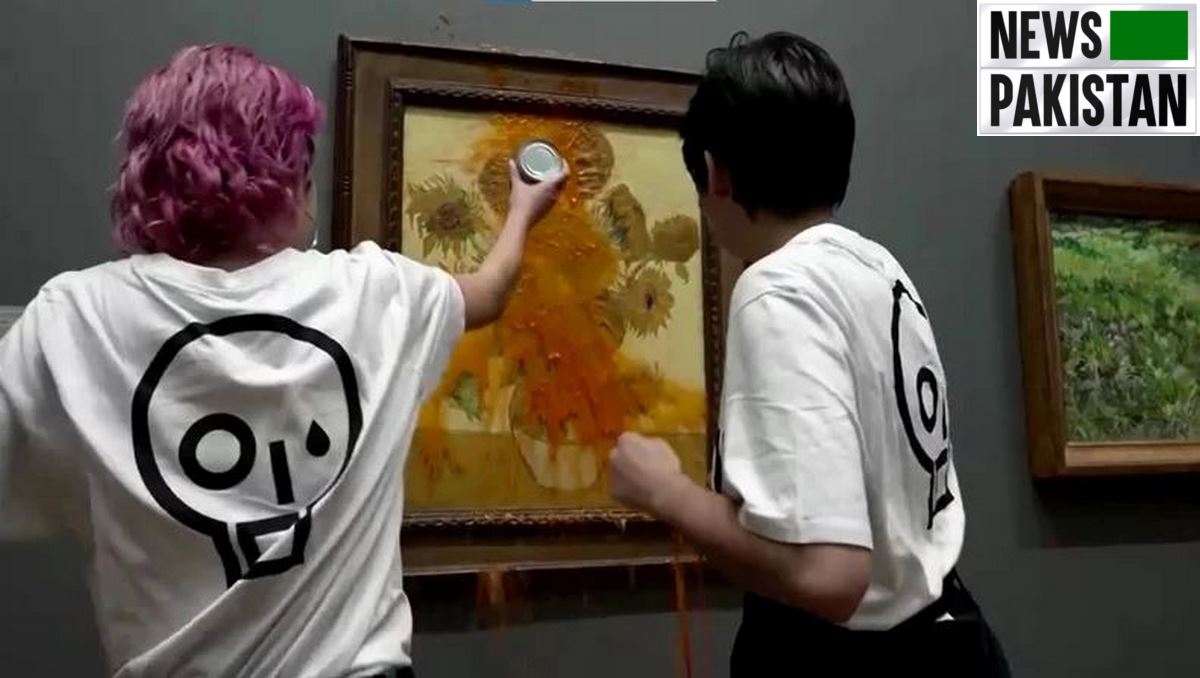 ROME: A group of activists on Friday threw pea soup at a Vincent Van Gogh masterpiece in a protest they warned will continue until more attention was paid to climate change.

“The Sower”, an 1888 painting by the Dutch artist depicting a farmer sowing his land under a dominating sun, was exhibited behind glass and undamaged, according to news reports.

Climate activists from Last Generation said the attack carried out by four individuals was “a desperate and scientifically grounded cry that cannot be understood as mere vandalism”.

“Non-violent direct actions will continue until citizens get answers from their government on the demands to stop gas and coal and to invest in at least 20 GW of renewables,” they said in a statement.

A series of attacks – using soup, cake or mashed potatoes – by Last Generation and others have targeted major paintings in prestigious museums by artists such as Leonardo da Vinci, Claude Monet, Vermeer and Van Gogh.

“Everything that we would have the right to see in our present and our future is being obscured by a real and imminent catastrophe, just as this pea puree has covered the work in the fields…” Last Generation said in its statement Friday.

Italy’s culture minister, Gennaro Sangiuliano, condemned the protest, calling it an “ignoble act that must be strongly condemned”.

“Culture, which is the basis of our identity, should be defended and protected, certainly not used as a megaphone for other forms of protest,” Sangiuliano said in a statement.

“The Sower” is on show at Rome’s Palazzo Bonaparte, part of an exhibition of 50 paintings by the Dutch master on loan from the Kroller Muller museum in Otterlo.

The exhibit organisers, Arthemisia, did not immediately respond to a request for more information on the attack.

Germany, Switzerland, China to be top buyers of Italian exports