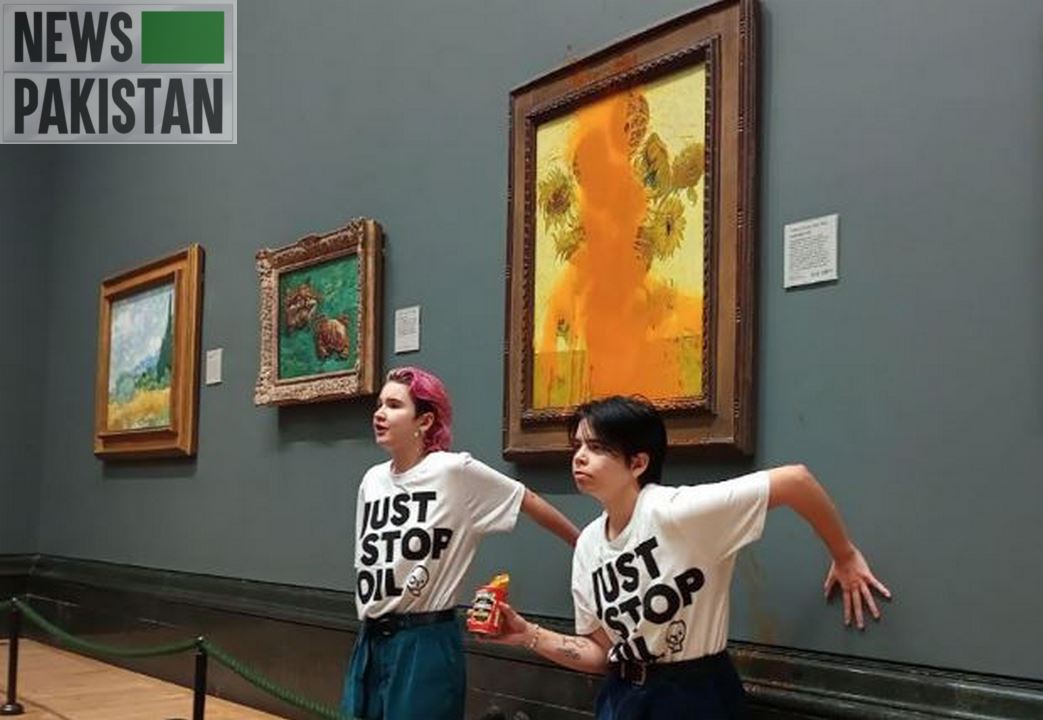 In the latest such stunt, activists from the Last Generation group splashed pea soup on Van Gogh’s 1888 painting “The Sower” in Rome on Friday.

While the Extinction Rebellion (XR) was not behind the recent art attacks, it is known for disruptive street protests and flamboyant costumes.

The group’s co-founder Gail Bradbrook said such bold action is needed to draw attention to the “polycrisis” that threatens to tip the world into climate catastrophe and devastating biodiversity loss.

Bradbrook said when people act together they can make a real difference.
The scientist spoke to the Media ahead of the 27th round of United Nations climate negotiations opening Sunday – branded by Greta Thunberg as “greenwashing” amid concerns that campaigners will be blocked from attending.

The interview has been edited for length and flow.

– Climate protesters have recently thrown soup over a Van Gogh painting and mashed potato over a Monet. Do shock tactics work?

In a media-saturated environment that doesn’t want to tell important stories, it’s hard to get attention.

So people go and do something frankly quite dangerous and daft like getting on the motorway.

That’s agitation, and it does get a story in the mainstream consciousness.

Evidence, from, for example, research by Colin Davis at the University of Bristol, suggests people may dismiss the activists involved, but their focus on the issues increases. In other words, it works from an awareness-raising perspective.

The next bit is to really inspire people that change is possible. And the third bit is acting together to make sure that the change happens.

We need to rewire our economy and upgrade our democracy.

– How much can individuals do?

There’s an honour in doing what you can. We can understand that for so many miles driven in a car, there’s so much carbon emitted, and therefore, so much ice will melt.

But at the same time, this is systemic and what the system wants you to do is tie yourself up in a knot. It is a very stressful system that we live in. It’s not by accident that BP introduced the idea of carbon foot-printing.

The whole system was founded on extraction, exploitation, especially of our family in the Global South. It needs to go.

– Why did you set up Extinction Rebellion?

It was from a sense of determination to see change happen. It was more, “well, what else do you want to do with your life?”

We chose the name because we are in the sixth mass extinction event.

The polycrisis that we’re in, it’s a climate and ecological emergency, a health crisis and inequality crisis and so on. It has many root causes.

There’s an elite class of people who we need to rebel against, who are not taking sufficient action, and in some cases, taking us in the wrong direction.

Climate change weather extremes are already happening. Look at Bangladesh and Pakistan. Essentially, what the world is saying is “tough”. It’s disgusting.

– What do you think motivates action?

One of the first things that we did with Extinction Rebellion was to move into emergency mode messaging.

You tell people the bitter and brutal truth. And then you talk about why it is like that, and therefore what can be done.

And then you talk about what that person can do themselves and as part of their group, so there’s a sense of agency

It’s a bit like if you had a lump somewhere on your body and you go to the doctor. At the end of the day, the grown-up in you needs to know what the risks are, what the treatment is.

People have done really incredible things in times of war, for example. Human beings are really amazing, they’re really up for acting selflessly, and on behalf of the collective.

It is hardwired into us.

– And what stops people?

If there is no leadership telling you there’s an issue, and if you get mixed messages, then you don’t act.

There have been active forces at play to stop us from wanting to do anything. We know that there were large sums of money spent on climate denial.

After climate denial – not that it is fully done with – what is the next phase to stop us doing anything? It is these delay stories: Technology is going to save us. It’s all for consumers to sort out. Or, what about China?

They’re all psychological tools to give people a story to say to themselves: “I can let this go because it’s too stressful to face”.