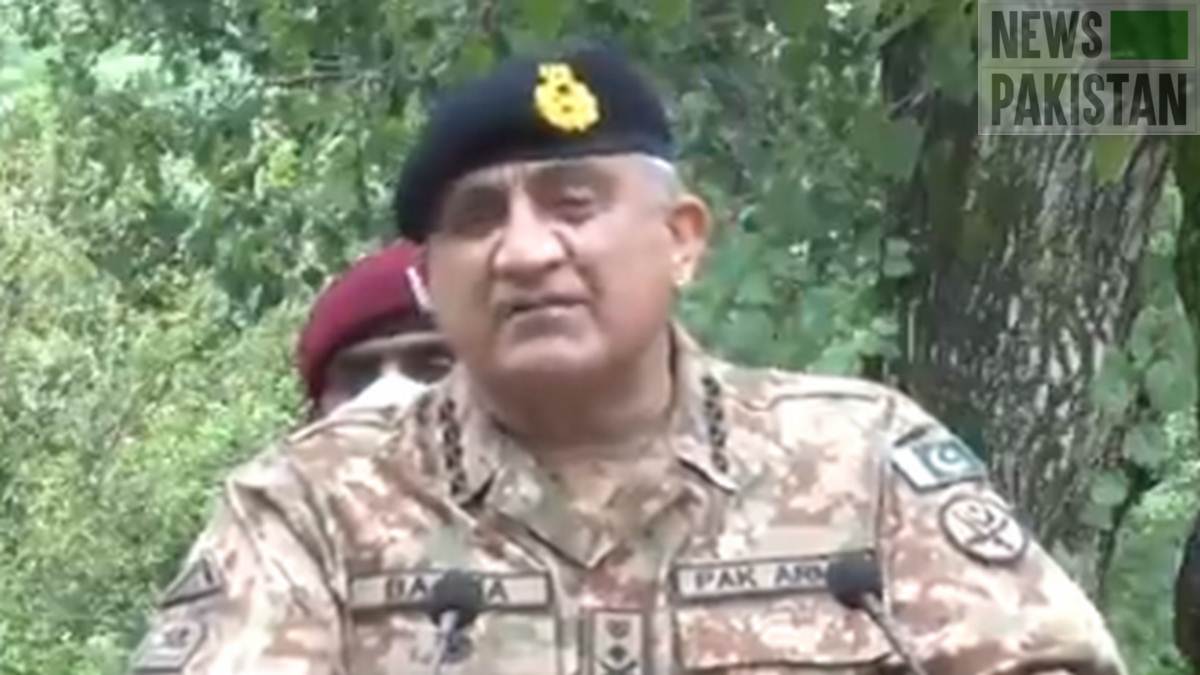 RAWALPINDI: Chief of Army Staff (COAS) General Qamar Javed Bajwa on Saturday said Eid-ul-Azha epitomizes the essence of unconditional sacrifice and no one understands this spirit better than a soldier.

He made these remarks while interacting with soldiers during his visit to troops deployed on front-lines along the line of control (LOC) in Khuiratta Sector, said Inter Services Public Relations (ISPR) Director General (DG) Major General Babar Iftikhar in a press release.
The COAS spent time with troops on Eid day, commended their high morale, operational readiness and continuous vigil being maintained along the LOC.
Interacting with troops, he said, “Let us also reiterate our pledge to always stand by our Kashmiri brethren braving Indian atrocities for their right to self-determination despite all odds.”
He said, “We are aware of the enemy’s design to destabilise our country and this region. Pakistan Army is fully prepared and capable of thwarting any such covert or overt undertakings.”
Corps Commander Rawalpindi Corps, Lieutenant General Azhar Abbas received the COAS at the LOC.
Later, the COAS also visited the Armed Forces Institute of Cardiology (AFIC) and National Institute of Heart Diseases (NIHD)and performed earth breaking of NIHD Centre of Excellence in Prevention and Cardiovascular Research and Development (NEPCARD ) where indigenous research on heart diseases would be carried out including their preventive measures.
Appreciating contributions of Army Medical Corps, the COAS said the AFIC and NIHD being state-of-the-art facility was providing high quality medical care at national level.
He especially lauded the contribution of doctors and healthcare workers as frontline soldiers against the COVID-19 pandemic.
Earlier, Lieutenant General Muhammad Aamer, Adjutant General Pakistan Army and Lieutenant General Nigar Johar, Surgeon General Pakistan Army received the COAS on his arrival at the AFIC and NIHD.

Fee-free university to open in Pakistan next month