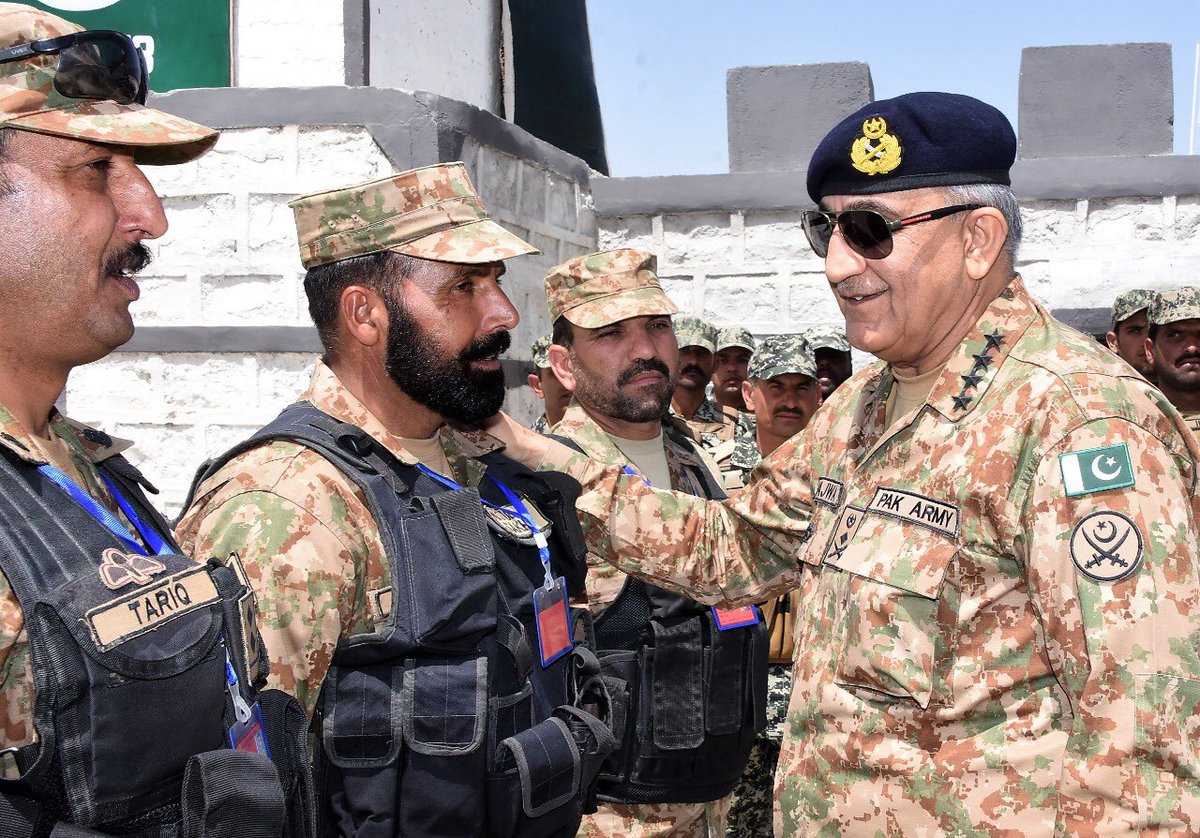 Speaking on the occasion COAS appreciated the quality and speed of work. Later, the Army Chief addressed combined Jirga of elders from North and South Waziristan at Wana. Tribal elders thanked the COAS for the restoration of peace in the area, the merger of Federally Administered Tribal Areas (FATA) into Khyber Pakhtunkhwa (KP) and ongoing efforts for socio-economic development in the area.
They also assured the Army Chief for their unflinching support to security forces and the State.  They highlighted the requirement for additional communication infrastructure, electricity, water, educational institutions and upgraded cellular network facilities.
The COAS thanked local tribal elders for their support and cooperation for the security forces.  He said that peace had largely returned, however, few improvised explosive device (IED) incidents had recently taken place in North Waziristan. No conflict ends through kinetic operations alone.

There is always a post operations rehabilitation and development effort, he said. He said that while stability operations continued alongside border fencing, progress on socio-economic prong was also gaining momentum. The same shall get more attention through the implementation of merger measures. Terrorism and development can’t go together therefore collectively we have to make sure that unrest doesn’t return, he added.
The COAS asked all the concerned, especially the local population to remain vigilant as the main stakeholder to retain the attained peace and stability in the area by safeguarding the environment from
inimical forces, who were eyeing to reverse the gains. He said that the suggestions offered by tribal elders were valid and most of these were already included in the mid to long-term development plan of the government.

PTI-led govt is committed for economic revival in the country