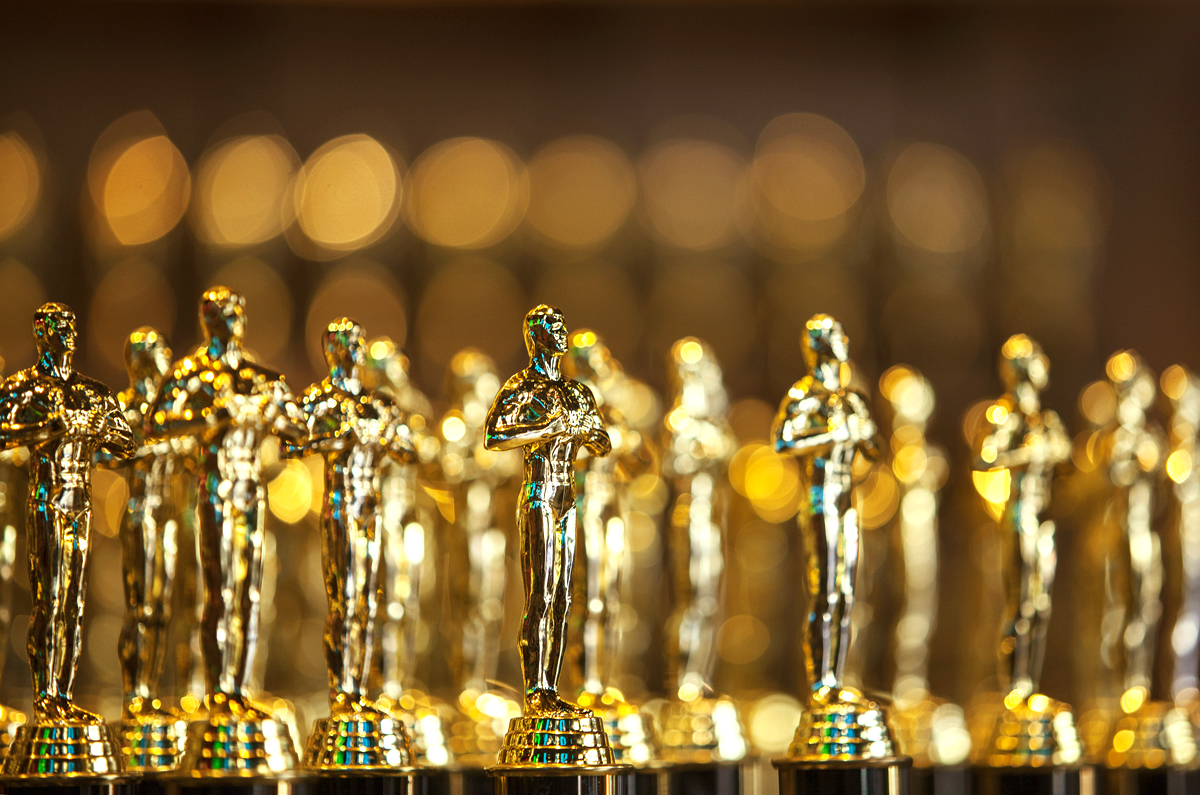 HOLLYWOOD: Deaf family drama “CODA” won best picture honors at the Oscars Sunday, the first ever triumph for a streamer, in a ceremony that was overshadowed by best actor-winner Will Smith striking comedian Chris Rock on stage for making a joke about his wife.

Seeking to reassert its relevance, the Academy Awards gala was packed with big musical performances and three wise-cracking female hosts — but will enter the history books for the shocking Smith-Rock altercation, which changed the mood of the night before the final prizes were announced.

“CODA,” a feel-good indie drama starring deaf actors in lead roles which had been presumed a longshot for Hollywood’s biggest prize until very recently, pulled off a remarkable late surge to emerge triumphant.

The film bagged the historic prize for Apple TV+, a relative newcomer in a streaming market dominated by rivals like Netflix.

“Thank you to the Academy for letting our ‘CODA’ make history tonight,” said producer Philippe Rousselet.

Taking its title from the acronym for child of deaf adult, the movie also won for best adapted screenplay, and best supporting actor for Troy Kotsur, who plays the father of a teenage girl who can hear and wants to pursue a career in music.

Kotsur dedicated his golden statuette to the deaf and disabled communities.

“This is our moment,” he said.

Jessica Chastain won best actress for “The Eyes of Tammy Faye,” in which she played a real-life televangelist who became an unlikely champion for the LGBTQ community.

“We’re faced with discriminatory and bigoted legislation that is sweeping our country… in times like this, I think of Tammy and I’m inspired by her radical acts of love,” she said.

– ‘Art imitates life’ –
But Tinseltown’s biggest night was dominated by a shocking moment in which Smith – who won best actor for his work on “King Richard” – slapped Rock on stage, before returning to his seat alongside his wife Jada Pinkett Smith and shouting profanities.

“Keep my wife’s name out of your fucking mouth,” yelled Smith, forcing the producers to bleep out several seconds of audio from the televised broadcast in the United States.

The moment left stunned viewers questioning if it had been scripted or genuine.

But when he returned to the stage to accept his award, a tearful Smith lamented “people disrespecting you” in Hollywood, and apologized to the Academy “and all my fellow nominees.”

Smith, who plays the father of tennis greats Serena and Venus Williams in “King Richard,” added: “Art imitates life. I look like the crazy father, just like they said about Richard Williams.”

Los Angeles police said they were aware of the incident but that Rock had not filed a police report. The Academy tweeted that it “does not condone violence of any form.”

– ‘Diverse characters’ –
Until recently it had appeared that dark, psychological Western “The Power of the Dog” was set to earn Netflix its much-coveted first best picture statuette.

As it turned out, the film won only best director for Jane Campion.

She is only the third woman to do so in Oscars history, just a year after Chloe Zhao became the second (“Nomadland”). Kathryn Bigelow was the first for “The Hurt Locker.”

Ariana DeBose won best supporting actress for playing Anita in “West Side Story,” and Disney’s “Encanto” was named best animated feature.
DeBose, who first made her name on Broadway, celebrated her historic win for “an openly queer woman of color, an Afro-Latina.”

Yvett Merino, producer of Colombia-set “Encanto,” said she was “so proud to be a part of a film that put beautiful, diverse characters in front and center.”

Japan’s “Drive My Car,” a Japanese arthouse film based on a short story of the same name by Haruki Murakami, was named best international film.

– Powerhouse music –
Pop megastar Beyonce began the televised broadcast with her nominated tune from “King Richard,” from the Compton courts where Serena and Venus trained as girls.

But the award for best original song went to Billie Eilish for her James Bond theme song “No Time to Die.”

In another musical highlight, viral sensation “We Don’t Talk About Bruno” was performed live, with Megan Thee Stallion adding an Oscars-themed verse to the “Encanto” hit song.

Hosts Wanda Sykes, Amy Schumer and Regina Hall kicked off proceedings inside the Dolby Theatre – where the Oscars returned after a year away due to the pandemic – with an opening skit that poked fun at everything from sexism in Hollywood to Florida’s “Don’t say gay” bill.

“This year, the Academy hired three women to host because it’s cheaper than hiring one man,” said Schumer.

– ‘Devastation –
The annual “in memoriam” paid tribute to cinematographer Halyna Hutchins, who was shot dead by Alec Baldwin in a tragic accident on the set of Western “Rust” last year.

The gala held a moment’s silence for Ukraine, while presenter Mila Kunis – who was born in the country – said it was “impossible not to be moved” by the resilience of “those facing such devastation.”

With his cut-glass accent and a career steeped in Shakespeare, Kenneth Branagh appears English to his thespian core. It took a heartfelt film to remind many that he is actually from Northern Ireland.

The actor-director moved with his family to England when he was nine to escape the violence over British rule in the province – a wrenching chapter chronicled movingly in the black-and-white drama “Belfast”.

The 61-year-old won the award for best original screenplay at the Oscars on Sunday – his first Oscar in eight nominations, across a record seven different categories.

“We’ll never forget all of those lost in the heartbreaking, heartwarming, human story of that amazing city of Belfast, on the fabulous island of Ireland. This means a lot. Thank you so much,” Branagh said as he accepted his award.

“As somebody who was in a small house watching black-and-white television images of the Academy Awards in this working class family in the north of Belfast, to come and be here is really very meaningful,” he later told journalists backstage.

The film “Belfast” was born during the coronavirus pandemic, as Branagh looked back to his youth growing up in a close-knit Protestant family on a mixed-faith street.

It is set in 1969, when sectarian violence exploded and Catholics were driven out of the area.

“It came out of that silence that a lot of us stared into at the beginning of the lockdown,” he said when the film was released in November.

“And it certainly sent me back to this other lockdown that we experienced, where both ends of the street were barricaded.

“In this pandemic, a lot of people have made enormous numbers of sacrifices. And I think in this time, and in these communities, people did (too),” added Branagh, who was also nominated for best director and best picture as a producer.

The clutch of nominations had already made Branagh the first person to earn nods in seven different categories at the Academy Awards, underlining his versatility.

‘Shape of You’ copyright dispute

‘Fantastic beasts: The Secrets of Dumbledore’