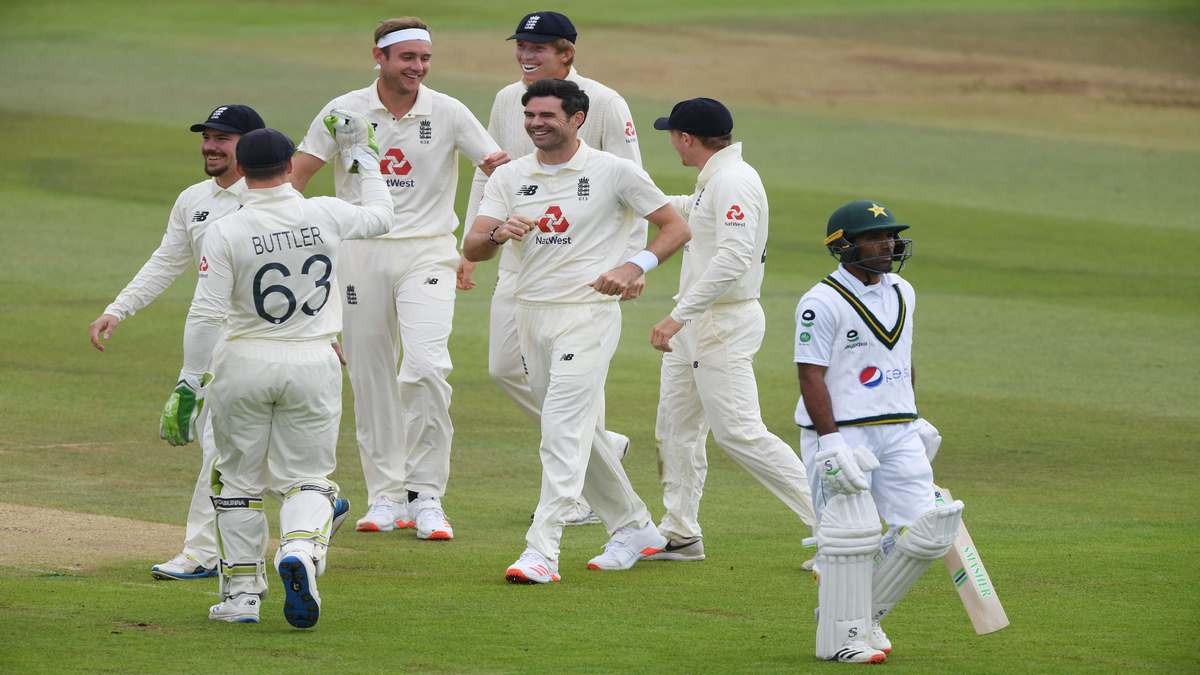 SOUTHAMPTON: England has declared their first innings on 583/8 against Pakistan on day 2 of the third Test here today.

English batsman Jos Buttler scored 152 and Zak Crawley mustered 267 runs up to make a record 359-run partnership. It was English team’s third highest total in a Test innings against Pakistan. Earlier, in 2015 they declared 598-9 at Abu Dhabi and in 2016 declared  589-8 at Manchester.

Responding to the enormous English score Pakistan lost four batsmen who were sent back to pavilion by English bowler James Anderson shortly after the commencement of the match.

Pakistan, (that needs to win this match in order to level the series after England won the first match in Manchester and the rain-hit second game ended in a draw) lost openers Shan Masood, Abid Ali, and Babar Azam in just under 11 overs.

As Pakistan lost four wickets scoring 41, mother nature decided to lend a helping hand to the green shirts. Play was stopped due to rain and an early lunch was announced. As the match resumed skipper Azhar Ali scored an unbeaten 82. At tea Pakistan were 158-5. 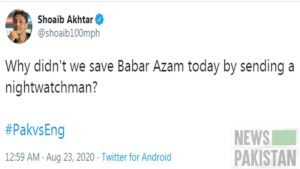 Pak Pacer Shoaib Akhtar took to the twitter to express his discontent by asking: “Why didn’t we save Babar Azam today by sending a nightwatchman?”

Criticizing the Pakistani bowling Shoaib Akhtar stated: “I have seen the attitude of aggressive bowlers, they have the intent of taking wickets, I do not know what is being taught to the current bowlers of Pakistan…

“there is no method, Naseem Shah keeps on bowling at just one area, there were no slower balls or bouncers.

“I don’t know why there is a lack of aggression, we are not net bowlers, we are playing Test matches. Our players do not understand that when you do not have the right mindset, you can’t succeed.

“Pakistan looked a very ordinary team, the way we are playing, it is looking like we will face our biggest defeat on foreign soil since 2006.

“It is a very embarrassing performance from Pakistan, I was very hopeful of our side performing well in the series, Pakistan is looking like a club team, Crawley was set for scoring 300, but fortunately, he was dismissed.

PTI’s Asad Umar falls off a horse, being CT Scanned at hospital!

Details of SAPMs’ Assets made public by Govt