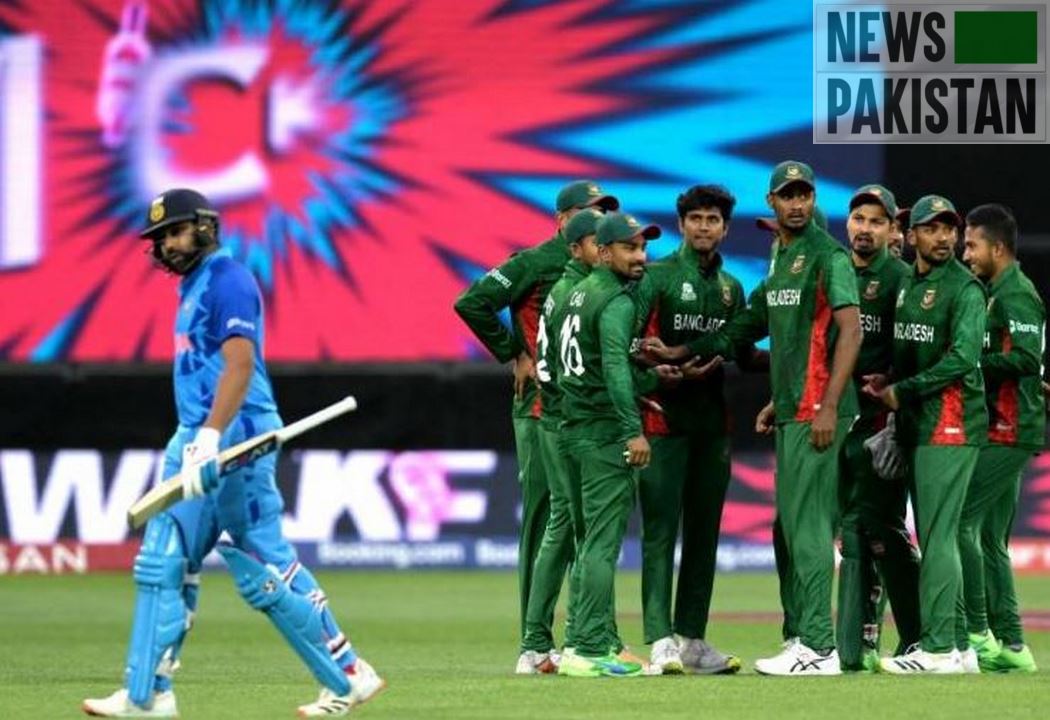 ADELAIDE: Record-breaking Virat Kohli said he “absolutely loves playing” at the Adelaide Oval Wednesday after his third unbeaten fifty in four T20 World Cup matches put India on the brink of the semi-finals.

Kohli’s well-paced 64 not out from 44 balls made him the highest run-scorer in Twenty20 World Cup history as India edged Bangladesh by five runs in a rain-hit encounter to go top of Group 2.

India are a point ahead of South Africa who play Pakistan on Thursday in Sydney. Pakistan must win both their last games to keep alive their slim hopes of reaching the final four.

India can clinch a semi-final spot with a win against Zimbabwe on Sunday, after Bangladesh faltered in their rain-revised chase of 151 in 16 overs.

Zimbabwe’s interest in the semi-finals is all but over after they earlier lost by five wickets to the Netherlands, who won for the first time in the Super 12.

India opener KL Rahul got back into form with a 32-ball 50 at the top of the innings, but it was Kohli, coming to the crease at 11-1, who stole the show and the player of the match award as he guided his team to 184-6 off their 20 overs.

“As soon as I knew the World Cup was in Australia, I was grinning from ear to ear,” said Kohli who followed his incredible match-winning 82 not out against Pakistan in the opening match in Melbourne with another unbeaten fifty against the Netherlands in Sydney.

“I knew good cricketing shots would be the key,” said Kohli as he continued his love affair with the famous Adelaide ground where he scored his maiden Test century back in 2012.

The Indian maestro’s statistics at Adelaide since are astonishing.

When he captained India for the first time in Tests there in 2014, he celebrated by making centuries in both innings.

Scoreboard after India beat Bangladesh by five runs on DLS method in a Group 2 match at the Twenty20 World Cup in Adelaide on Wednesday (2nd of November, 2022):

Post Dhonification Aficionados ask ‘What are they paid for?’