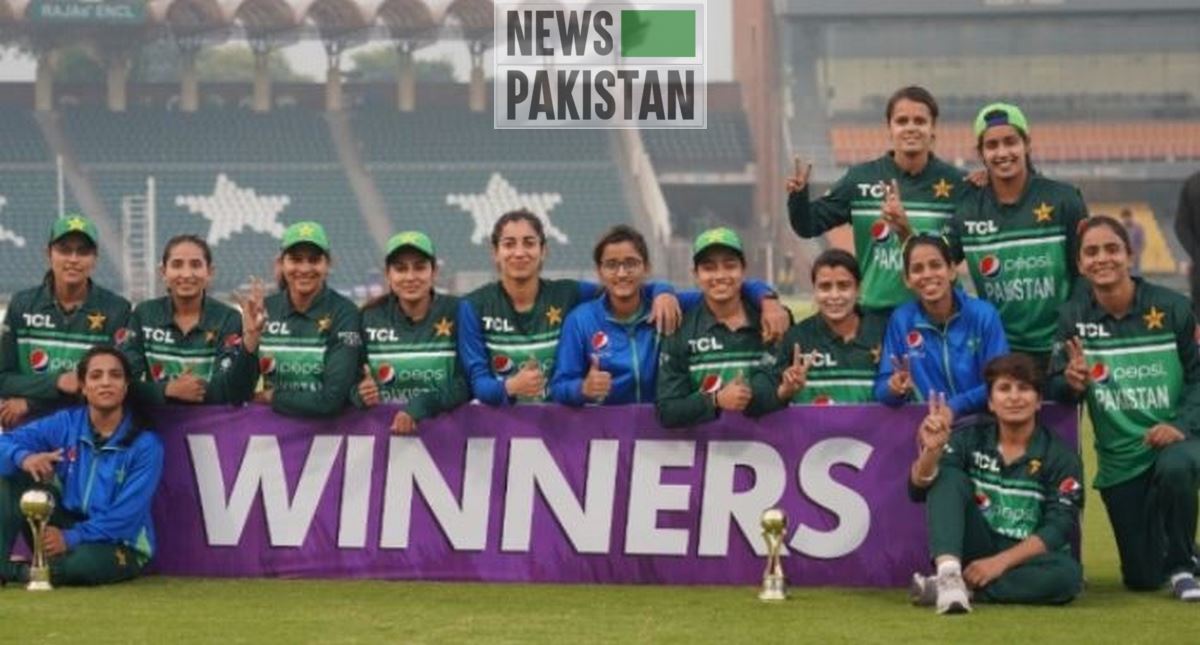 Pakistan had entered the three-match ODI series against Ireland with four ICC Championship points from three games, and proceeded to register a clean-sweep over the Irish side to pocket six vital points.

They have now occupied second spot in the Championship with 10 points. India are currently leading the chart with 12 points from six outings.

During the series, Pakistan captain Bismah Maroof broke the record of most number of Women’s ODIs for Pakistan, surpassing Sana Mir’s 120 appearances when she stepped onto the field in the third ODI.

Bismah later scored 57 off 70 balls in the match, becoming the first Pakistan batter to score 3,000 runs in Women’s ODIs and completed 1,000 runs as captain in the format.

Sidra Amin spearheaded Pakistan’s batting dominance in the series, topping the batting charts with 277 runs in three innings, which included 176 not out – the highest individual ODI score by a Pakistan batter.

With one century and 91 not out in the second ODI, Sidra bagged back-to-back player of the match awards and was also declared player of the series.

In the first match of the series, Sidra and seasoned player Aliya Riaz both made their 50th ODI appearance.

In the bowling department, the top three positions were grabbed by the hosts.

For her match-winning performance, she was bestowed with the player of the match award. Left-arm spinner Nashra Sundhu – who made her 50th ODI appearance in the first game – took seven wickets in the series which also included her 100th international wicket.

Fatima Sana was the third leading wicket-taker in the bilateral series and managed five wickets in three outings.

During her eight dismissals, she also completed her 100 international dismissals behind the stumps.

A positive development for the Pakistan side was the way young players shone throughout the series.

Two players made their ODI debut in Ireland’s maiden tour of the country.

Lahore-born Sadaf Shamas became the 86th player to feature for Pakistan women’s team when she was handed the cap by captain Bismah before the start of the first ODI.

Faisalabad-born Umm-e-Hani became the 87th player to feature for Pakistan when she received the cap by Nida Dar – who was recently named ICC Player of the Month for October, ahead of the third ODI.

Sadaf in her third ODI, made her presence felt when she played a match-winning knock of 72 off 80 balls, which included seven boundaries. Umm-e-Hani with her off-spin bowling took one wicket for 48 runs in 10 overs.

The two sides will now meet for the three-match T20I series starting from Saturday, 12 November at the Gaddafi Stadium in Lahore.

The toss will take place at 0930 and the first ball be bowled at 1000. The matches will be live-streamed on PCB YouTube channel.