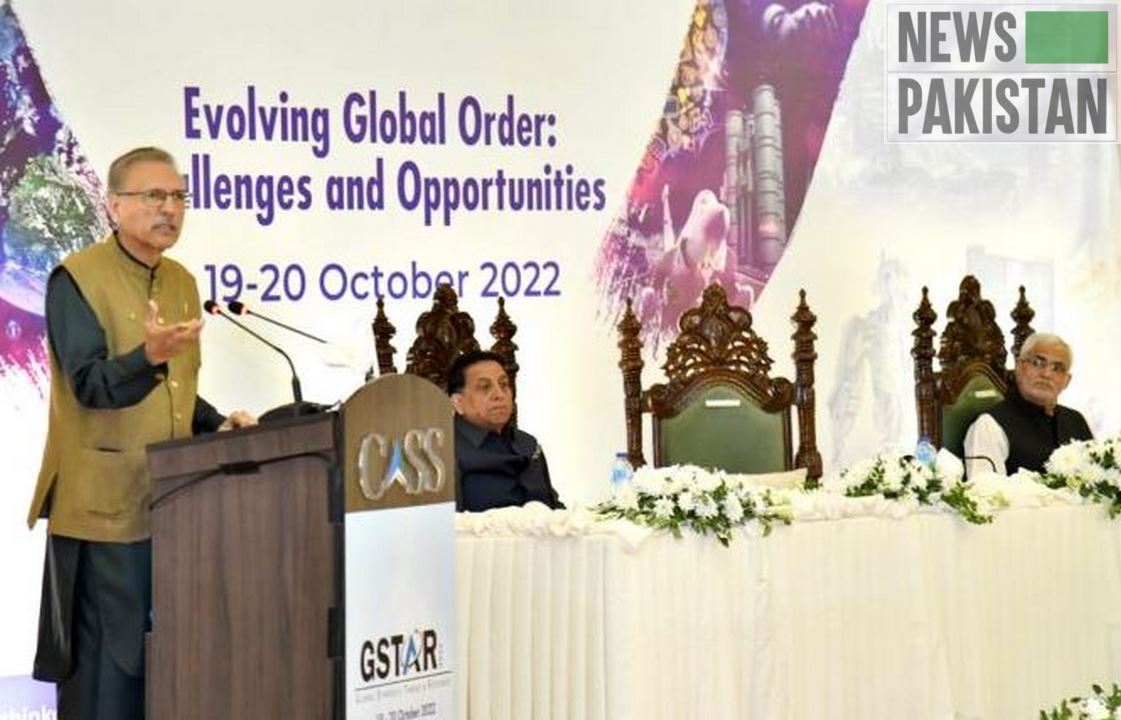 ISLAMABAD: President Dr Arif Alvi on Wednesday (19th of October, 2022) said amid the evolving global challenges, the way forward for Pakistan was to outline a national strategy securing the domains of both traditional and non-traditional security including cyber warfare.

Addressing the inaugural session of the Global Strategic Threat & Response (GSTAR) 2022 conference on ‘Challenges and Opportunities Evolving Global Order’, he said the renewed world order demanded sustainable conditions ensuring internal and external opportunities for all citizens for a prosperous future.

President Alvi highlighted that in the era of cyber security, metaphysics and artificial intelligence, the country needed to invest efforts in developing capabilities to handle and manage data integration in areas of social importance.

He emphasized the need for fortifying the hybrid firewall at the institutional level to prevent any operational disruption in vital fields, such as finance and defence.

The president stressed that the new world order required to be written on objectives of maintaining equality of humanity and achieving the goals of health, education and food for mankind.

He pointed out that democracies in the world were undermined by power lobbies and corporate bodies to promote their vested interests in contrast to morality.

However, he said, Pakistan withstood the challenge of morality by hosting around four million refugees on its soil for over 40 years.

The president said PAF had always been at the cutting edge of producing heroes and demonstrating an apt response while defending the country’s aerial frontiers.

He said PAF was actively pursuing security objectives as the world witnessed contemporary challenges of military and psychological warfare.

Emphasizing the importance of aerospace industry, he announced the opening of National Operations Aerospace Centre in Kamra in the next five months.

Eid-ul-Fitr is being celebrated across Pakistan today (13th May)