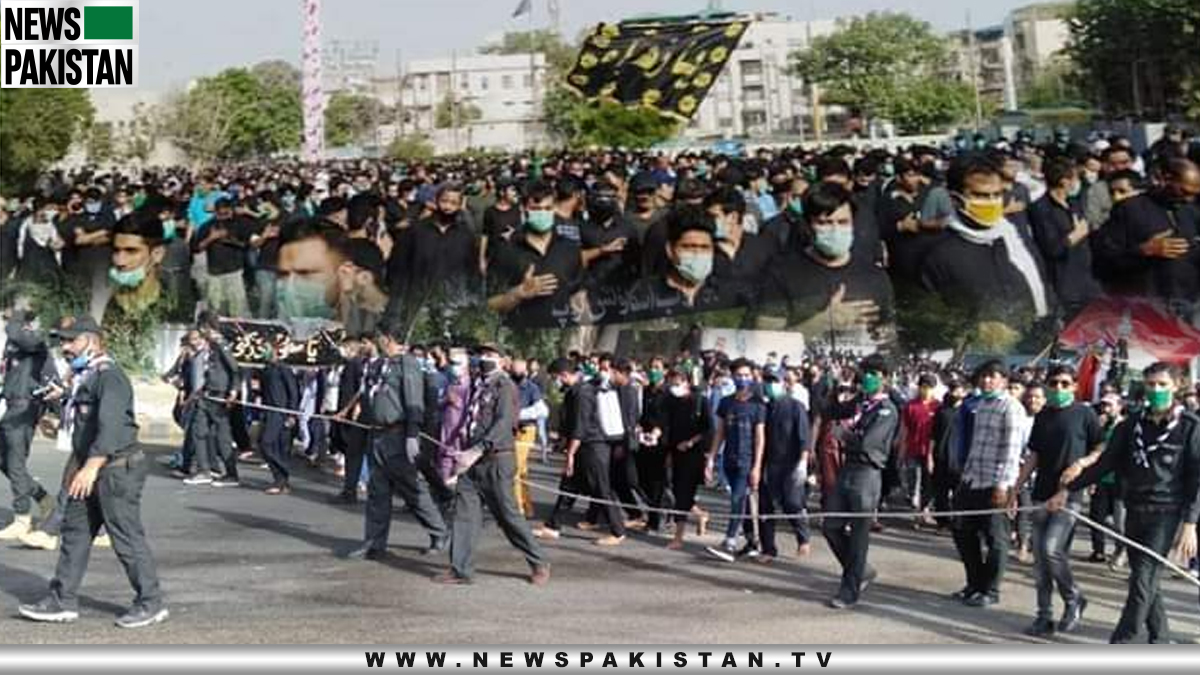 KARACHI: Despite banning of gatherings and religious congregations by Provincial Government, procession was brought out on the roads of the Metropolis in order to observe the Youm-e-Ali (Day of Martyrdom of Hazrat Ali).

Traditionally Youm-e-Ali is observed on 21st Ramazan of every year around the world to commemorate the martyrdom of Hazrat Ali ibn-e-Abi Talib-first Imam in Shia theology. The cousin and son-in-law of Prophet Muhammad (PBUH), Hazrat Ali is recognized among the most important spiritual and intellectual authorities in Islam after the Holy Prophet. But this year due to the pandemic of Covid-19 it was decided that the procession will not be taken out.

Despite imposition of ban on congregational prayers a number of Shia clerics had earlier warned the government that they would march on the roads  to observe Youm-e-Ali no matter what. Minister for Religious Affairs Pir Noor-ul-Haq Qadri was conveyed this message on Friday 8th of May by shia clerics from Sindh and Punjab during a rendezvous via video link.

Leaders of religio-political groups were asked by the minister to keep virus-crisis in mind. He said provinces would be consulted apropos grant of permission for  mourning congregations/processions on 13th, 14th and 15th of May, 2020 (19th till 21st of Ramazan) on the occasion of Youm-e-Ali.

Conspicuous among others who attended the meeting there were:

It was noted that major arteries were blocked for traffic till 3PM to stop people from going to the mosques for Juma prayers. But the Youm-e-Ali procession was not stopped, probably to avoid any law and order situation.  Later sources stated that a number of mourners were taken into custody from the roads.