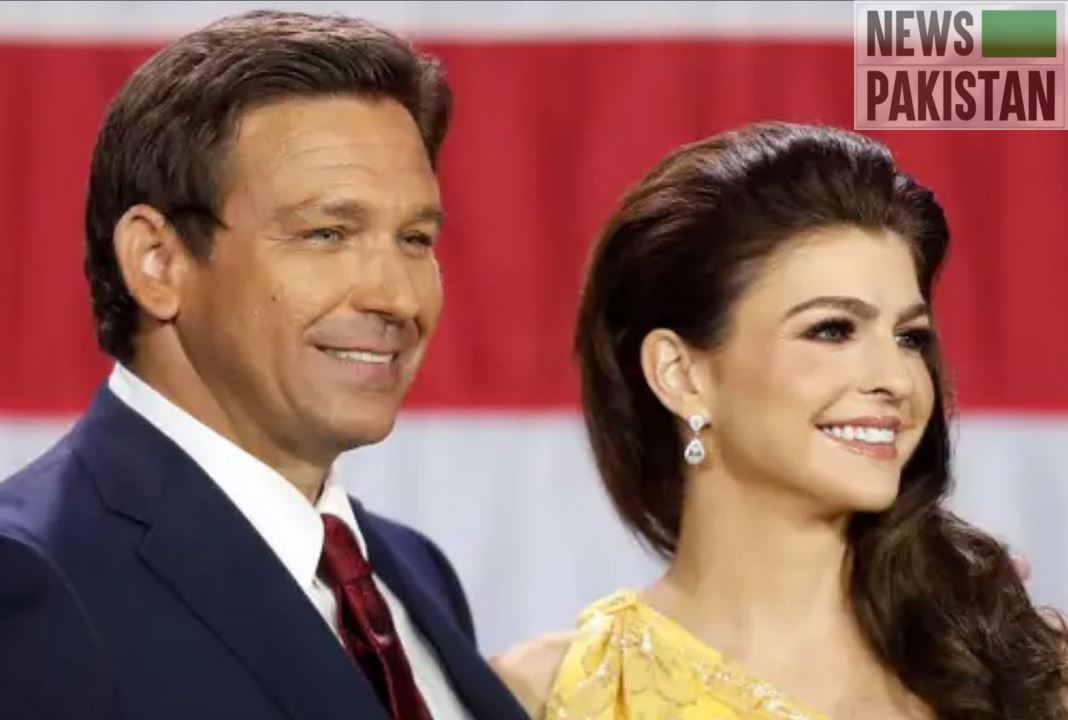 WASHINGTON: Florida Governor Ron DeSantis won a landslide election victory over his Democratic rival, securing a second term, cementing his status as a Republican presidential contender, and confirming the one-time swing state’s tilt to the right.

Although neither he nor his erstwhile backer Donald Trump have announced their candidacy for the White House, the race for the 2024 Republican nomination may well have unofficially begun with Tuesday’s midterms.

“We’ve got so much more to do and I have only begun to fight,” the 44-year-old DeSantis – who emerged as perhaps the biggest winner of Election Day 2022 – said in his victory speech.

According to unofficial results, the man who ran an incendiary campaign against President Joe Biden’s administration and turned Florida into a laboratory for right-wing policies won nearly 60 percent of the vote against Democrat Charlie Crist.

“I believe the survival of the American experiment requires a revival of true American principles. Florida has proved that it can be done,” DeSantis said to cheers from his supporters.

He did not mention Trump, whose support gave DeSantis a boost in his first race for the governor’s mansion in 2018.

The former president seems both aware and visibly annoyed by the threat posed by the rise of Florida’s popular leader.

Trump gave a brief speech Tuesday night in which he congratulated himself on some Republican victories in the hotly contested midterm elections, but was careful not to mention the win by the politician who is already seen as his primary rival.

On Monday, Trump sought to discourage DeSantis from entering the race for the White House in 2024.

“I think he would be making a mistake, I think the base would not like it,” Fox News quoted Trump as saying. “I don’t think it would be good for the party.”

As he often does with his opponents, Trump has branded DeSantis with a derogatory moniker: Ron DeSanctimonious.

The resounding DeSantis victory also confirms a clear shift to the right in Florida, long considered a swing state that could go to either Democrats or Republicans.

The governor was not mistaken when he said on Tuesday that “we not only won election, we have rewritten the political map.”

“It’s clearly apparent that this election we will have garnered a significant number of votes from people who may not have voted for me four years ago,” DeSantis said.

In a result that would have been all but unthinkable a few years ago, DeSantis won the predominantly Hispanic county of Miami-Dade, which no Republican gubernatorial candidate had carried in two decades.

Democrats are concerned that while Hispanics have traditionally voted for their party, more and more are now being drawn to the other side, with many in the Cuban and Venezuelan communities especially sensitive to Republicans’ anti-socialist rhetoric.

DeSantis’ handling of the Covid-19 pandemic may have also boosted his appeal and contributed to his decisive victory.

The governor, who fiercely opposed mandatory vaccination and masks, allowed Florida businesses and schools to reopen well before many other areas of the country.

He also recently caused controversy — and delighted many Republicans — by sending dozens of migrants to Martha’s Vineyard in the Democratic-led state of Massachusetts.

And he is one of the loudest voices in the culture wars that divide the country, signing the so-called “Don’t say gay” bill, which prohibits discussing LGBTQ topics in classrooms, into law earlier this year.

In recent days, a video tweeted by his wife Casey has also garnered extensive attention: the short black-and-white clip presents the governor as being invested with a divine mission.