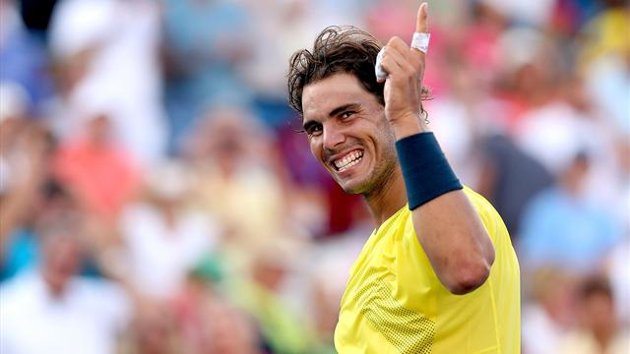 ABU DHABI: Rafael Nadal shocked the world by making epic comebacks from career-threatening injuries in 2010 and 2013. But the 14-time Grand Slam winner doesn’t want his die-hard fans to expect him to make another ‘amazing’ comeback in 2016.

“Not a big comeback, I am number five in the world actually,” he said with a wry smile on the first day of the Mubadala World Tennis Championship at the Zayed Sports City Tennis Stadium on Thursday.

“I’m happy the way I finished the season. I don’t expect an amazing comeback. I expect an improvement in my level of tennis and my level of competition and if I make that happen I hope to be competing for the good things.”

Nadal begins his new season with his first match in the Mubadala event on Friday against compatriot David Ferrer.