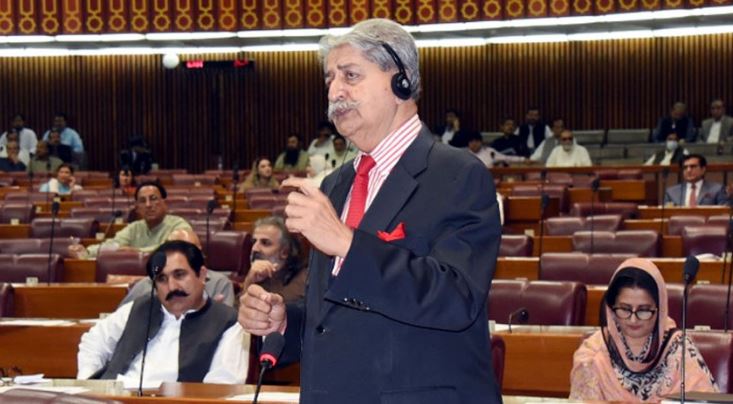 ISLAMABAD: Federal Minister for Commerce Syed Naveed Qamar on Thursday said the government has decided to allow the duty free import of vegetables from neighboring countries immediately to stable the demand and supply chain of the out of stock commodities in the local markets.

Talking to a private news channel, the minister said the government was taking steps to facilitate the importers and issued license within a day to import tomatoes and onions as the current flood has swept away the crops.

He said the government was also viewing to import the commodities on lower prices from Afghanistan and Iran to normalize the rates and ensure supply in the market.

Syed Naveed Qamar said the government was vigilant and would take every step to control the prices which were spiked due to devastating flood. The ministry in collaboration with traders was ensuring the supply of food items on normal prices.

He said no one would be allowed to create self created inflation in the country and take advantage of the flood situation.

The government has already given approval for importing three million metric tons of wheat to eliminate its shortage in the country, he added.

Commerce minister maintained that the floods have damaged rice crops in many areas, however he expressed the hope that the wheat crop would not be affected if flood water drained before its season.