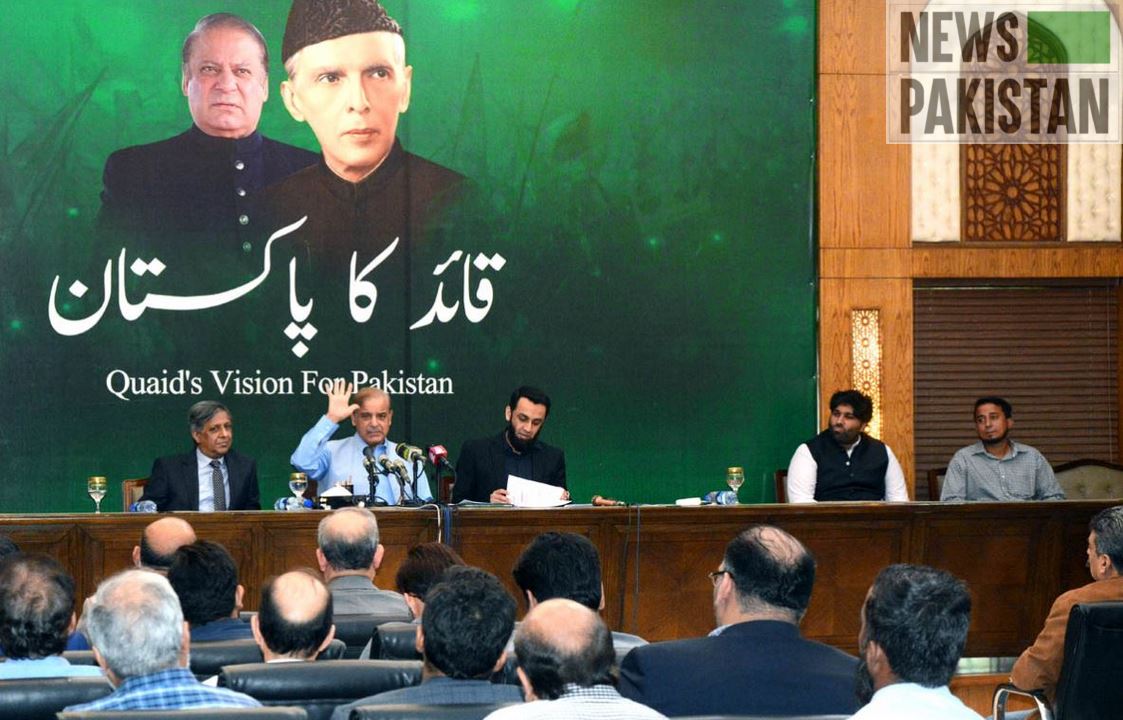 Addressing a press conference here, the prime minister said that the decision of the Election Commission of Pakistan in Tosha Khana case was not a matter of joy but a matter of retrospection as the person who was continuously mud-slinging others had been proved as a certified thief, liar and dishonest.

Imran Niazi had been found guilty of corrupt practices by the ECP, he said, adding that the person was brought to power through the worst kind of rigging.

The prime minister said that Imran Niazi had illegally sold out the precious gifts given by the friendly countries which brought a bad name to the country.

He said with the ECP’s decision, his stance had once again vindicated that the false allegations and political witch-hunting against them, during Imran Niazi’s tenure, was a result of NAB-Niazi connivance.

He said it was all possible due to the collective efforts, unity, and sagacity of the nation and the hard work of all the relevant authorities, political leadership of the coalition government, and the stakeholders.

Prime Minister Shehbaz Sharif said that Imran Khan had brought bad name to Pakistan as he ruined merit in the country. he always talked of democracy, but his thinking was fascist.

He always tries to divide the nation through his negative thinking.

The prime minister said the flood affected people were still living under the open sky, and the government was working for their rehabilitation on fast-track basis to complete the second phase prior to start of the winter season, and added that a blame-game and dividing the nation for political point scoring would not complete the uphill task.

He said all such tasks and other national issues were always solved through collective efforts and wisdom.

Shehbaz Sharif said that Imran Khan had manipulated his asset details during submission of his nomination papers for election in the election commission.

He also committed misdeclaration in his tax returns and provided wrong account numbers, and when the State Bank of Pakistan pointed out those accounts, the ECP probed the accounts and found that there was no money trails of those accounts.

He also helped her elder sister get an ‘NRO’ from the FBR through manipulation.

Imran Khan held hostage a woman in the PM House and also blackmailed the NAB chairman so that their corruption cases related to Billion Tree Tsunami, BRT Peshawar, helicopter and Malam Jabba could not be opened, he added.

Shehbaz Sharif said that in 2019, the then prime minister Imran Khan’s Advisor Shahzad Akbar had sent a bundle of documents to the National Crime Agency (NCA) UK against him in the money-laundering case.

However, after thorough investigation, the NCA admitted in the UK court that there was nothing illegal in the money trail and the court had shut the case and declared him innocent.

By the grace of Allah Almighty, the Islamabad High Court (IHC) acquitted Maryam Nawaz and Ahsan Iqbal in such false cases, fabricated by Imran Khan.

PM Shehbaz Sharif said that Pakistan had now been out of grey list of FATF and it was the outcome of collective efforts of all coalition parties of the government, Pakistan armed forces and other relevant institutions.

He congratulated all the allied parties of the government and the army chief on this great achievement.

He recalled that Irman Khan, as the prime minister, had always remained indifferent to all the FATF related matters and legislations in the parliament, while the then opposition had played its due role and gave positive and effective inputs in the FATF related bills.

“Today, Allah Almighty helped us and we are out of the grey list of the FATF,” he said.

This landmark achievement would help mitigate substantially problems of the business community and the common man.

He said that it was on the record, earlier Pakistan had also been put on the FATF’s grey list but the then Nawaz Sharif government had managed to get the country out of the list.

Unfortunately, Pakistan was again placed on the grey list as ill-conceived policies and politics of blame game and harassment by the previous government had jeopardised the country’s economy.

He said that on the one hand, he talked about Riyasat-e-Madina, and on the other, he had demolished the houses of the poor in Bani Gala just to save his house.

To a question, he said the law would take its course and they would not allow the ‘certified thief’ to enter Islamabad.

He added that democracy was not in danger in the country and the government would continue to work within the ambit of the law and the Constitution.

He said that 11 months were left for the next general election and it was discretion of the sitting government to make a decision about the election date.

He said that appointment of the army chief was a routine constitutional matter and it would be worked out accordingly.

To another query regarding Punjab’s concerns over wheat supply, the prime minister said that federal government had imported wheat and it had taken decisions with consensus among the ruling alliance parties for distribution of the commodity among the provinces.

He said that Punjab was demanding import permit for the private sector.

He expressed his apprehensions that it might raise the prices of wheat if Punjab would import wheat through the private sector, and the commodity purchase might not remain affordable for the common man.

He said that the Punjab government had not controlled fertilizer prices and its black marketing, which deprived farmers of the basic agricultural input, thus leading to low yield of wheat crop in the province.

Shehbaz said that the government had saved billions of rupees of the nation in the recent wheat import deal.

Responding to another question, he said that Pakistan and India could alleviate their poverty through bilateral trade but, he made it clear, that trade with India was impossible without resolving the major issues especially the core issue of Kashmir.