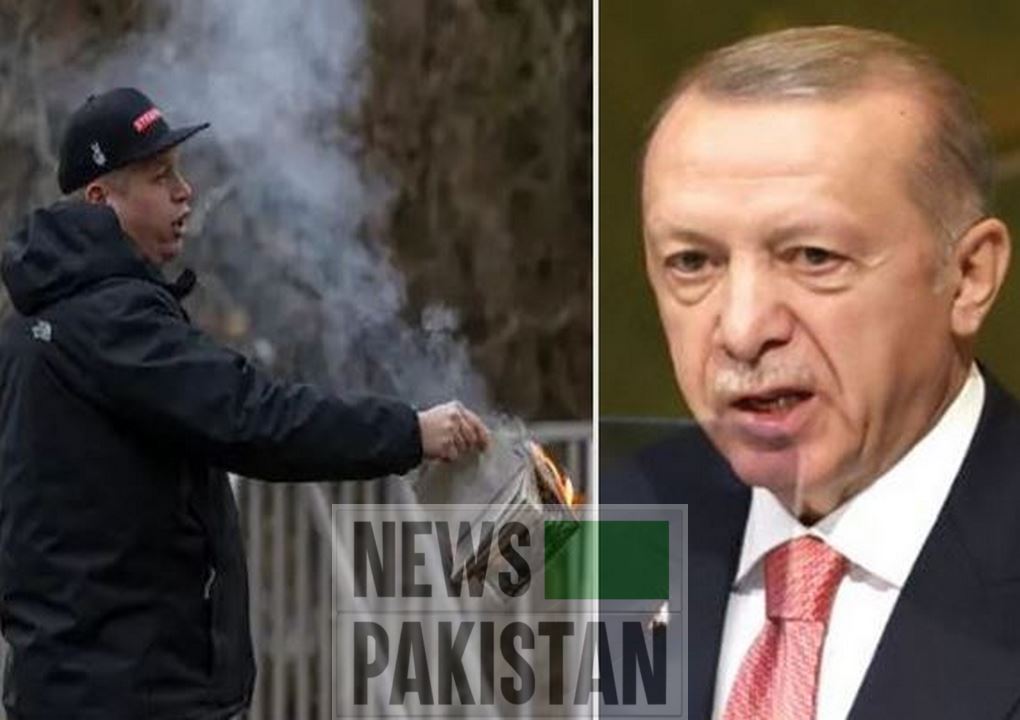 ISTANBUL: Turkish President Recep Tayyip Erdogan warned Sweden on Monday (23rd of Jan 2023) that it should not expect his backing to join NATO following the burning of the a copy of Holy Quran outside Turkish Diplomatic Post in Stockholm.

Erdogan’s furious comments further distanced the prospects of Sweden and Finland joining the Western defense alliance before Turkey’s presidential and parliamentary polls in May.

Turkey and Hungary are the only NATO members not to have ratified the Nordic neighbors’ historic decision to break their tradition of military non-alignment in response to Russia’s invasion of Ukraine.

Hungarian Prime Minister Viktor Orban has promised that his parliament would approve the two bids next month.
APP