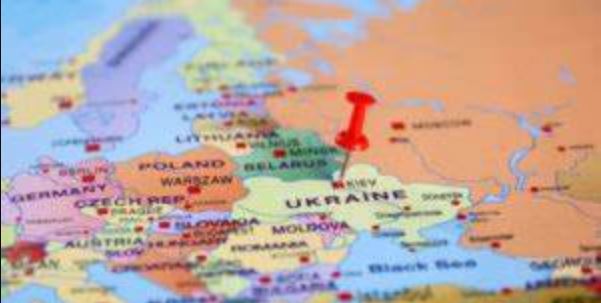 BRUSSELS: The EU formally adopted a ban on most Russian oil imports on Friday, hitting Moscow with its toughest sanctions over the war on Ukraine after weeks of wrangling with Hungary.

The sanctions – the sixth wave imposed by the 27-nation bloc since the Kremlin launched the invasion in February – include cutting Russia’s biggest bank Sberbank from the global SWIFT messaging system, the text published in the EU’s official journal said.

The sanctions cover the two-thirds of Russian exports currently being brought in by ship and come into full force in six months for crude oil and eight months for refined products.

Germany and Poland have further committed to stop receiving deliveries by pipeline — meaning that some 90 percent of EU imports of Russian oil are expected to be halted by the end of the year.
In a bid to prevent Hungary and other countries that will still receive Russian pipeline oil from profiting from their exemption, there is a ban on reselling the cheaper supplies.

The bloc is also looking to curb Moscow’s ability to sell the oil outside the EU by banning financial institutions from insuring and financing ships carrying it to third countries.

The EU imported more than a quarter of its oil from Russia before the war and has been accused of not moving fast enough to stop funds flowing to Moscow’s war machine, after now 100 days of fighting.

But the difficulties reaching an oil ban mean there appear few prospects the bloc will move on to hitting Russian gas exports, which are key to powering economies like Germany.

The new round of sanctions looks to further cut Russia and its ally Belarus off from the global financial system by disconnecting Sberbank and three other lenders from the SWIFT system.

It adds some high-profile names to a blacklist, including Putin’s alleged girlfriend Kabaeva and 45 Russian military personnel linked to the killings in Bucha.

Senior Russian commander Mikhail Mizintsev — nicknamed the “butcher of Mariupol” for overseeing the brutal siege of the port city — is also placed under sanctions.

One name that does not appear, however, is the head of the Russian Orthodox church, Patriarch Kirill, after Hungary demanded he be taken off the list.

The bloc expands it broadcasting ban on Russian state outlets by including Rossiya RTR, Rossiya 24, and TV Centre International and stops EU firms advertising on the channels.

Chemicals that could be used to make illegal weapons are added to a list of banned exports.

Orange Line to be inaugurated on 10th Sept