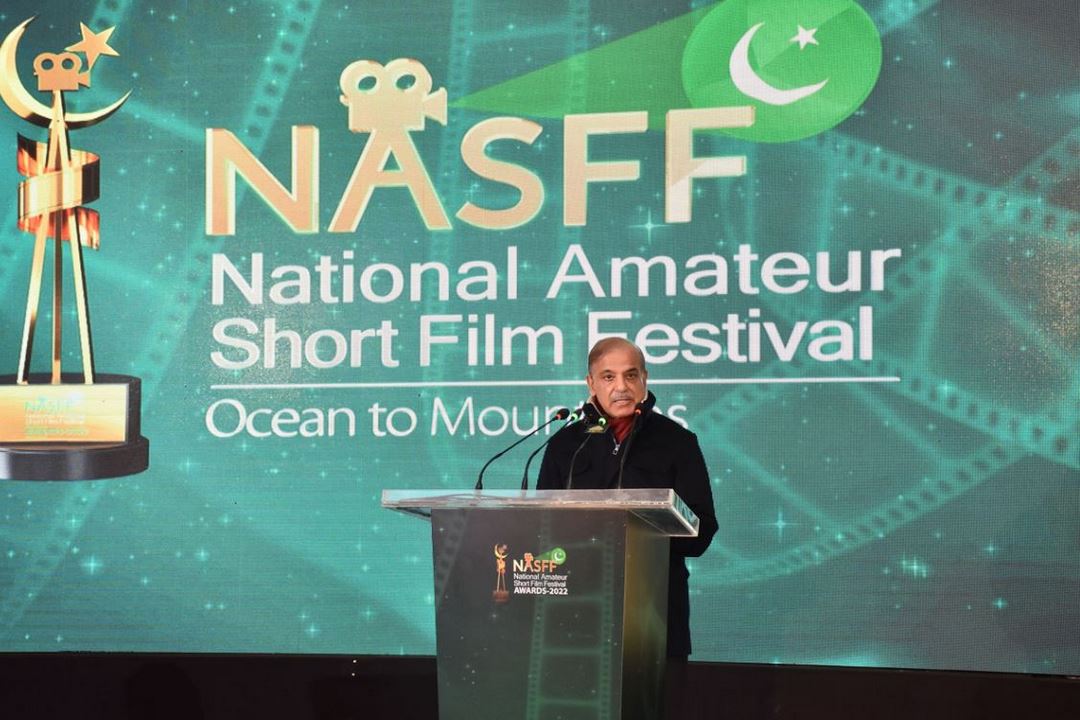 ISLAMABAD: Minister for Information and Broadcasting Marriyum Aurangzeb on Monday said the government had announced multiple incentives for the film industry which would eventually get a major boost and help promote the country’s narrative and positive image across the world.

Addressing the award distribution ceremony of National Armature Short Film Festival 2022 (NASFF-2022), she said the previous government of Pakistan Muslim League-Nawaz (PML-N) had launched the first-ever film and culture policy, and finalized its implementation framework, which unfortunately could not be materialized due to the change of regime in 2018.

However, realizing the importance of film in building the national narrative, she said, the current PML-N led government had once again rolled out the implementation framework.

Marriyum said tax exemptions had been given on import of film production related material in the last budget.

She said in the recent past film industries of Qatar, Saudi Arabia, Turkey and Iran flourished due to abolition of taxes and now Pakistan’s would also develop due to tax amnesty, with injection of young and fresh blood in shape of producers, directors and filmmakers.

The minister said the film artists finance fund had been established under which medical insurance would be provided to the artists.

She said Prime Minister Shehbaz Sharif had issued directives for preparation of short films on the devastation caused by the recent floods which helped in getting response both at national and international levels.

She recalled that PM Shehbaz Sharif during his last stint as Punjab chief minister had abolished entertainment tax on cinemas on her request as he knew the importance of the medium of film in narrative building.

All the countries of world had already started using films for projecting their national narrative and then short film had gained much importance in the current era of social and digital media, she added.

She said the film industry now was no more considered solely a source of entertainment, as screen tourism, education and narrative building had been made integral parts of film-making to project and highlight culture, heritage and civilization of a nation.

The minister said Lahore became a hub of film-making when first Pakistani film “Teri Yaad” had made debut in 1948. Pakistan’s cinema was robust and vibrant and its film industry was known as Lollywood and Pakistan’s narrative was projected and promoted across the globe through its art, culture and heritage by the medium of cinema.

She recalled that in early 1970s , Pakistan used to be the world’s fourth largest film producing country and its films were in great demand. There were many famous film stars who had become the identity of country at international level.

She said unfortunately, in the later years of the same decade decline of the film industry started and Pakistan’s national narrative also suffered a blow subsequently.

She said the revival of the local cinema industry started in 2011 and young filmmakers, new production houses and new producers started joining the profession.

The minister expressed the hope that revival of the local film industry in Pakistan would promote its culture, heritage and national narrative across the world.

She thanked the directorate of Inter-Services Public Relations for providing access to various locations and facilitating the young students for making short films for the NASFF award.

She also appreciated the Ministry of Information and Broadcasting for the initiative.

She announced that the Ministry of Information and Broadcasting in collaboration with the Higher Education Commission would introduce film-making curriculum at various universities so that the new generation could be taught the art of film-making.

Speaking on the occasion, Secretary of Information and Broadcasting Shahera Shahid said perception building was among the challenges faced by the country at present.

She said the perception could be improved in many ways but the ministry had chosen the film-making medium to achieve the desired results. The NASFF was among the initiatives taken by the ministry in that regard.

The secretary said out of 1200 entries received from some 90 institutions, only 15 short films were selected for the awards by the jury.

She hoped that the initiative would get positive response from the public.

In the special film category awards, the short film “Rahaai” by Muhammad Bilal Imran won the first prize, while the second and third position awards went to Nadeem Kareemi and Muhammad Bilal Tariq for their short films “Secret Life” and “Yadghar”, respectively.

“The Beauty of Balochistan” by Muhammad Bilal, “Culinary Heritage of Lahore” by Rabia Shehzad, “The Hidden Village of Hindu Kush” by Muhammad Waseem and “Sikander Rikhsaw Wala” by Aiman Saleem won 4th, 5th, 6th and 7th positions, respectively for the special category.

‘Trump planted a story about me after getting rejected repeatedly,’ Salma Hayek reveals

Tarantino’s new film to run in competition at Cannes: organisers

Ishaqzaade to recreate their magic in Yash Raj production once again!