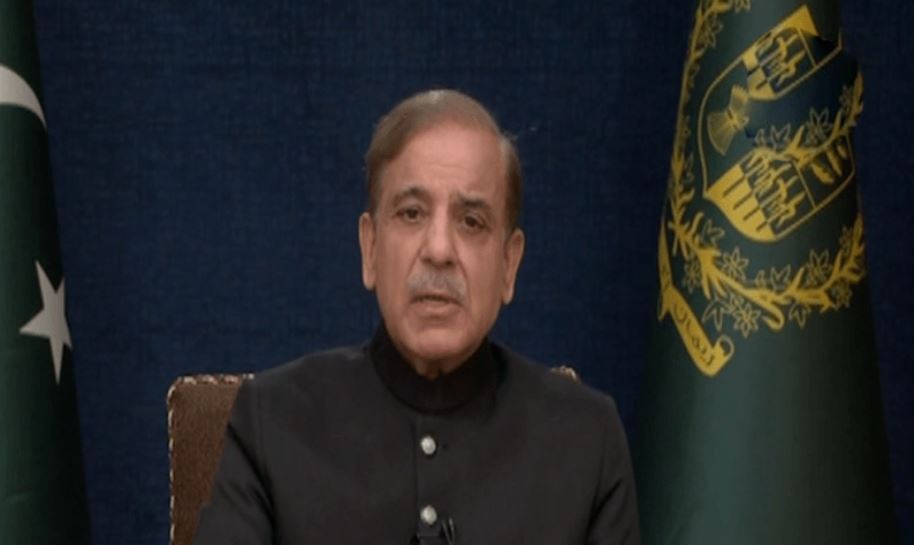 ISLAMABAD: Prime Minister Muhammad Shehbaz Sharif Monday directed for expediting the pace of rescue and relief activities in the flood-affected areas and the immediate shifting of the people trapped in flood-hit areas.

He reviewed the flood situation in Balochistan province triggered by recent rainfall.

The chief minister apprised the prime minister in detail about the damages caused by floods in the province and the ongoing rescue and relief operation.

The prime minister also directed for making of arrangements to provide Flood Relief cash of Rs 25,000 per affected family, besides provision of tents, edibles and safe drinking water.

He said that no leniency or suspension in the relief activities of flood-hit areas would be acceptable.

The prime minister stressed that no efforts should be spared in extending immediate help to the flood-affected people till the completion of the combined survey and their rehabilitation.

He also asked the relevant authorities to restore damaged infrastructure in the flood-hit areas to ensure a supply of relief items.

Coronavirus: Govt has suspended all passenger trains till 31st of March

Oil prices up after US agrees COVID-19 plasma treatment