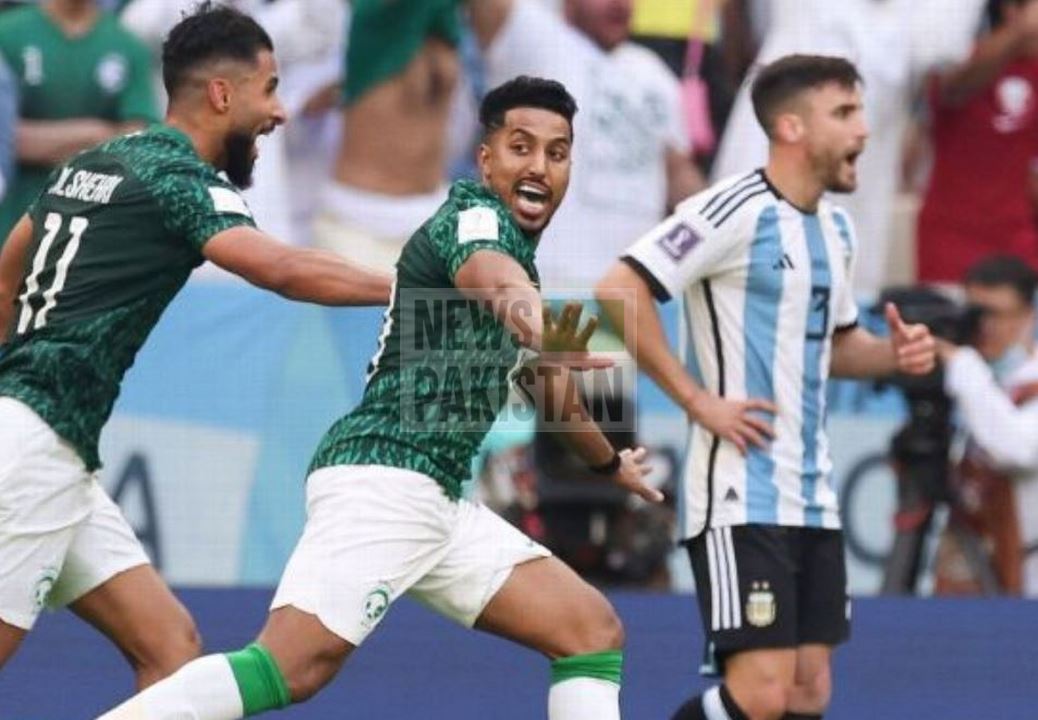 DOHA: Lionel Messi’s Argentina, (2-time FIFA Football World Cup winner and one of the favorites to win the tournament), was beaten by Saudi Arabia (ranked 51st in the world ranking) 2-1 in Lusail Stadium here on Tuesday (22nd of Nov 2022) in one of the most glaring upsets in the history of the World Cup.

PM Shehbaz Sharif took to the twitter to felicitate Crown Prince of KSA Mohammad Bin Salman on Saudi Arabia’s win over Argentina.: “What a game of football it was!” he held.

According to details Saleh Al-Shehri equalized the goal scored by Messi in the first half from the penalty spot. The second goal struck by Salem Al-Dawsari prevented the Copa America holding Argentina equal the Italy’s record of 37 unbeaten matches.

Saudi coach Herve Renard decided not to make any changes.