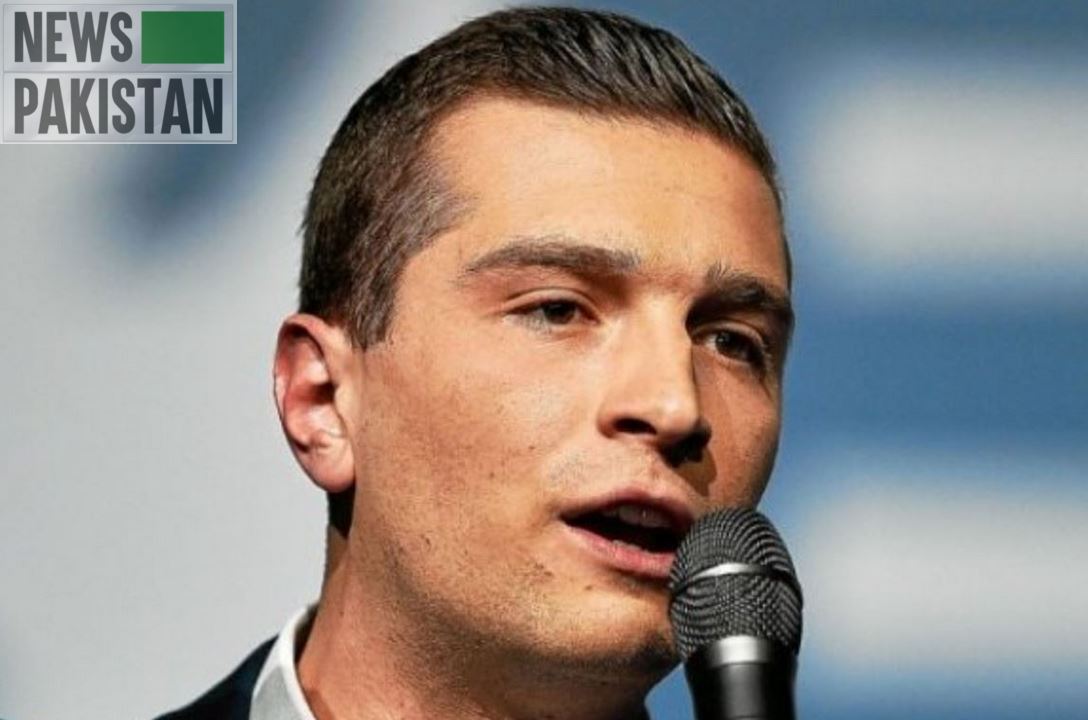 Bardella, who was widely expected to win as Le Pen’s protege, won 85 percent of the votes from party members, beating Louis Aliot, mayor of the southern city of Perpignan, who garnered 15 percent.

A beaming Le Pen announced the result during a meeting in Paris, and Bardella is expected to address the gathering later Saturday.

His nomination comes after the party had its best-ever showing in parliamentary elections earlier this year, gaining 89 seats even after Le Pen failed to unseat Emmanuel Macron in her third run for the presidency.

“Over 40 years of struggle, the National Front succeeded in putting all the major issues facing our society at the heart of public debate,” Le Pen said, referring to the party’s former name.

Bardella has embraced Le Pen’s efforts to shed the virulent anti-Semitic and extremist views fomented by her father, party founder Jean-Marie Le Pen, who was excluded in 2015.

But the National Rally was rocked this week by the suspension of one of its parliamentarians, accused of making a racist outburst against a fellow lawmaker in parliament.

Bardella also faces the daunting task of getting the party on solid financial footing as it faces inquiries over alleged misuse of public funds by party members, including Le Pen.

Brought up in a gritty Paris suburb by his Italian-born mother, Bardella promotes a slick image, is rarely seen out of a suit, and has impressed both admirers and critics with sharp performances in election debates.

“One of the things I’m most proud of is helping a new generation of leaders and lawmakers to emerge… who resemble the people and convey its aspirations,” Le Pen said.

But there are questions over what value the RN presidency has for Bardella, given that Le Pen formally leads its cohort in parliament and is widely expected to again be its presidential candidate in 2027.

But the party leadership can also be a stepping stone for when “MLP” finally bows out from the political scene, at a time when populist parties are gathering steam across much of Europe.

Both Bardella and Le Pen will nonetheless have their work cut out for them in convincing voters that the party is a respectable mainstream force, capable of uniting and governing the country.

This week they had to defend a member of parliament, Gregoire de Fournas, who yelled “back to Africa!” to a black lawmaker who was challenging the government’s response to migrants rescued at sea in the Mediterranean.

He later said he was referring to the boat, not his fellow lawmaker, but Interior Minister Gerald Darmanin said Friday that Bardella had shown his complicity in “everyday racism”.

Bardella has also been criticised by Aliot, who as mayor of Perpignan is the only RN politician to run a city larger than 100,000 people.

He accused him of encouraging white supremacist groups, noting that Bardella has given credence to the so-called “Great Replacement” conspiracy theory of a surreptitious “Islamisation” of Europe orchestrated by its elites — something Le Pen has shied away from.

In an open letter last month, Aliot slammed “extremist nostalgia” and “the excesses of the National Front of a long-gone era”.

Bardella accused him of “bitterness and bad faith”, insisting his goal is to win over more supporters from traditional parties on the right and left.

The mystery of FIR against Nawaz Sharif