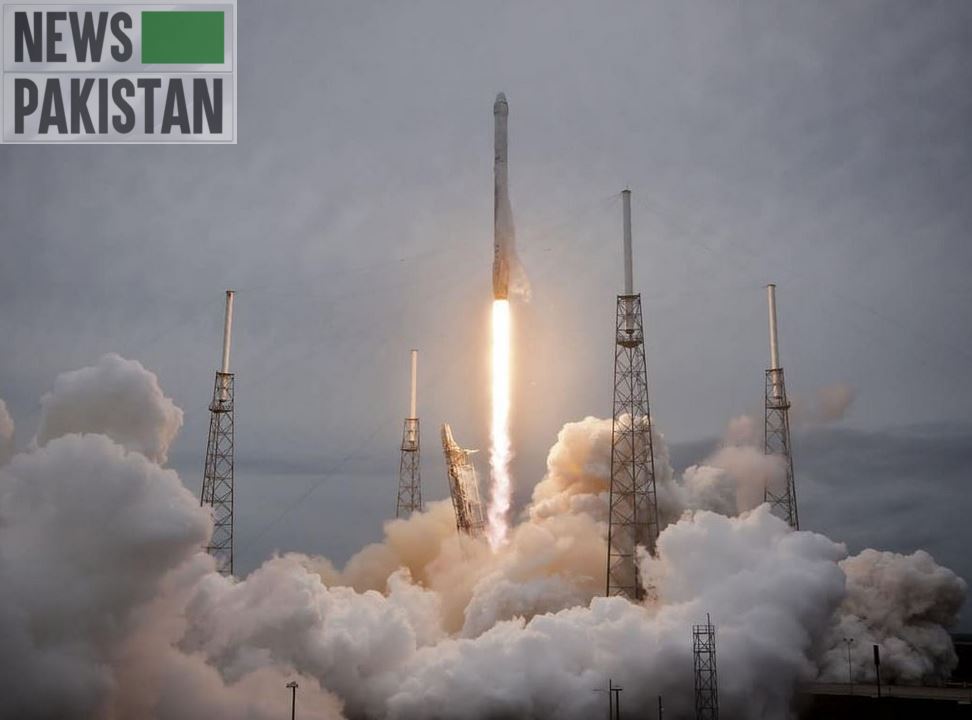 PARIS: France, Germany and Italy, the three biggest contributors to the European Space Agency, said Tuesday they have agreed to guarantee the future of the next-generation Ariane 6 and Vega-C rocket launcher systems.

The countries also reaffirmed a preference for European rockets, after the agency was forced to turn to US firm SpaceX to launch two future scientific missions.

The ministers in charge of space for the ESA’s 22 member states are meeting in Paris on Tuesday and Wednesday to determine the agency’s funding for the next three years, with a 3.2-billion-euro ($3.3-billion) plan for European space launchers high on the agenda.

“The public funding necessary to equilibrate the Ariane 6 and Vega-C institutional and commercial exploitation will be reviewed in order to take into account the evolution of market prices, institutional prices, economic conditions,” said a joint ministerial statement from France’s Bruno Le Maire, Germany’s Robert Habeck and Italy’s Adolfo Urso.

The ESA has had to scramble to find a way to get its missions into space after Russia withdrew its Soyuz rockets in response to European sanctions over Moscow’s war in Ukraine earlier this year.

The agency has also been affected by delays to Ariane 6, which is planned to replace the successful Ariane 5.

The maiden flight of Ariane 6 was originally scheduled for 2020, but it has now been pushed to the end of 2023.

For Ariane 6 and the smaller Vega-C, “the allocation of funding will be commensurate to the commercial risks taken” to ensure their long-term competitiveness, the ministers said.

The three countries also proposed allowing the ESA to use European-made micro and mini launch systems – which are currently being developed by Germany and France.
The final decision on a way forward would be agreed by December 2023, the statement said.

Daniel Neuenschwander, ESA’s director of space transportation, told the Media that “we are very happy with this joint declaration because it makes it possible to create the conditions” to obtain the necessary funding for the launcher programmes at the end of the council.

He also said the declaration means the countries recognise the “interdependence in the programmes where they have joint interests,” whether for the France-led Ariane 6, Italy-led Vega-C, or micro and mini launchers being promoted by Germany.

The ESA is asking its member states to contribute 18.5 billion euros to fund space programmes over the next three years — an increase of more than 25 percent from the previous amount.

At the opening of the council on Tuesday, ESA director-general Josef Aschbacher said “whatever science and technology we aim for can only flourish in a healthy economic environment”.

Aschbacher told the ministers that their countries would derive huge economic benefits from fundings the ESA space programmes.

While the space industry now represents around 340 billion euros, it would reach around one trillion euros by 2040, he said.

The budget decision, expected to be announced on Wednesday, comes amid rising competition from China and other nations, and well as from private companies such as SpaceX.

France’s economy minister Le Maire called for Europe to “be united” in space.

“At the end of these discussions, there must be a single Europe, a single European space policy and unfailing unity in the face of Chinese ambitions and American ambitions,” he said at the council meeting.

“There is a price for independence. If we want to be independent, we have to put money on the table.”

Four French visit Kashmir to promote its culture via a new documentary!