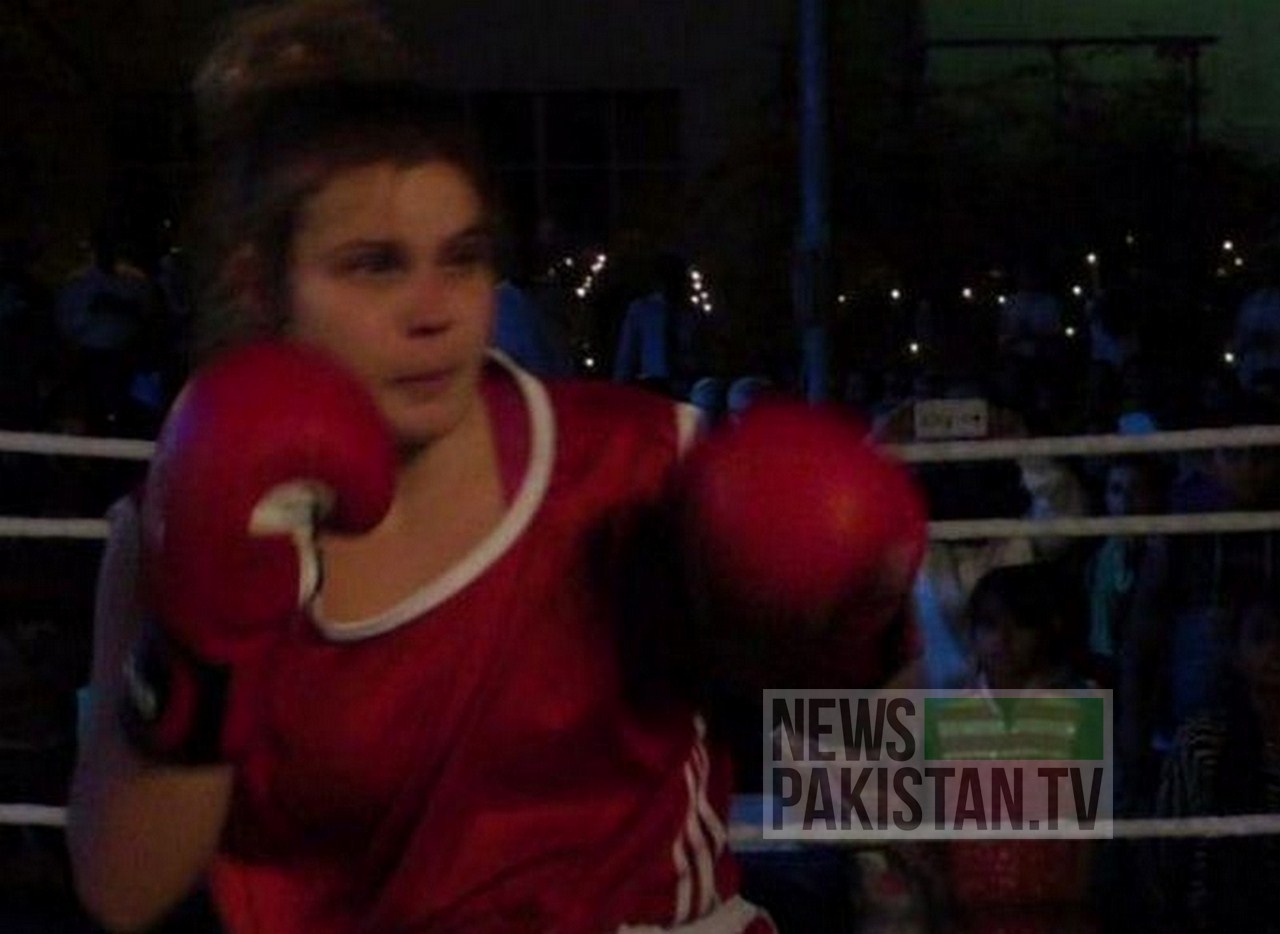 KARACHI: An exclusive interview with 5 French boxers of National and International Repute (Sub-Titles in English).

Q: Please tell our viewers about the French boxers who are training 50 girls at Lyari.

We have invited two trainers Emanuel and Myriam. And also three boxers who are Sedja, Marion and Mariam.

They are training (50 girls) at two Lyari clubs (during the first ten days of December). We have focused on Pak-Shaheen Boxing Club and Young Lyari.

There is the sportive side, of course, the boxing. Young girls have the opportunity to get coaching from boxers and trainers of national even international level, and to exchange with them.

Q: Is boxing popular in France?

Emanuel Dos SANTOS (Trainer):
It is growing a lot. We have enough women to have a really interesting level in female boxing. And it is still growing.

Personally, I do not differentiate between a man and a woman. We have better results with girls in terms of determination.

When I see Karachi’s girls, I realize that there is a huge potential. Here we have 7-8 year-old girls who box, even though the infrastructures are not really rich. Or there is not a lot of boxing clubs. Sometimes no ring!

But despite that we have a quality of training that is why it is really interesting to have exchanges between France and Karachi.

If the Pakistan Boxing Federation takes advantage of this initiative, in 4 or 6 years, (when those young girls will be older,) they will be able to perform well at a high national level and (indeed later) at international level.

Q. Please tell our viewers about your Boxing Club.

Myriam ADDI (Trainer):
I have my boxing club in Rezé, a small city near Nantes. We have 53 members. We are a new Boxing Club, we opened last year. I just train 6 to 16-year-old children.

When I started boxing, the situation for girl boxers was a bit (difficult) like here in Pakistan. I really would like to host Karachi’s girls (at my club’s training sessions).

(Trainer) Emanuel Dos SANTOS Adds: If there are girls with a good level, we could have the eventuality to see with the French Boxing Federation to host one or two girls for group trainings of the national team. That would be beneficial for the girls of the French team and also Lyari’s girls.

Then, there are also other possibilities with clubs. For example in my club we organize 3 or 4 boot camps a year for female boxing. So we could host those girls in order to make them progress and also to develop exchanges.

Q. Is it difficult for a girl to become a boxer in France?

Marion LHOMEAU (Boxer):
I started when I was 17 years old and I participated in the French rookie Championship. It is a championship for beginners.

I was doing kickboxing, and the second year I won the title…it was still a small championship.

But last year, I moved up in Elite. It is more difficult, but step by step, will see what I can do.

In France we are trained like boys. We are training with them. In my club I am the only girl who participates in tournaments, so I am training just like boys. There is no difficulty (for a girl to become boxer in France).

Honestly, it is a really rich experience here (at Karachi). The girls have the fight in them, they have the fury.

Even though they do not have a lot of means, they go ahead! They are really amazing!

That would be good if we give them more means for the tournaments.

I am really glad to be here!!

Q. How are you training for the French championship ?

Mariam SIDIBÉ (Boxer):
Technically, I still have a lot of room for improvement, and a lot of potential.

I think! So, knowing that, I am preparing with my colleague. I am doing a lot of sparing because she has a good level.

I have also a good level, but she helps me improve the shortcomings that I have in boxing.
Before qualifying for the French championship, we have to qualify for the regional championship.

So, first all the cities around Paris, and then the pre-national championships in which France is divided in 4 zones, and finally the French championships.

(Mariam SIDIBÉ – A Computer Engineer who works for Société Générale Bank – holds:) Generally, we cannot live off boxing in France.

Q. What is pre-national Championship ?

Sedja SANOGO (Boxer):
The pre-nationals are just after the regional championships between the cities of the region of Paris. The best boxers of the 4 zones of France fight and and thus two finalists are selected for the French championships.

When we hear about Pakistan (when we watch the TV in France), it is a bit fearful.

There is a lot of Pakistani living near my home!

Here, I really liked the exchange of culture, of techniques. We can see how the people are living, how they are boxing.

It is true that in France, we have more means and it is easier. Here we say « okay, it is easy for us but we are complaining ». Here there is not a lot of material, not a lot of girls, while we have everything.

So for us it is a real soul-searching.

Personally, I find what Alliance Française de Karachi is doing is great for Pakistan, for the female boxers, because it makes possible for us and for the girls to have exchanges!

Basque separatist group ETA apologizes for ‘harm’ it has caused