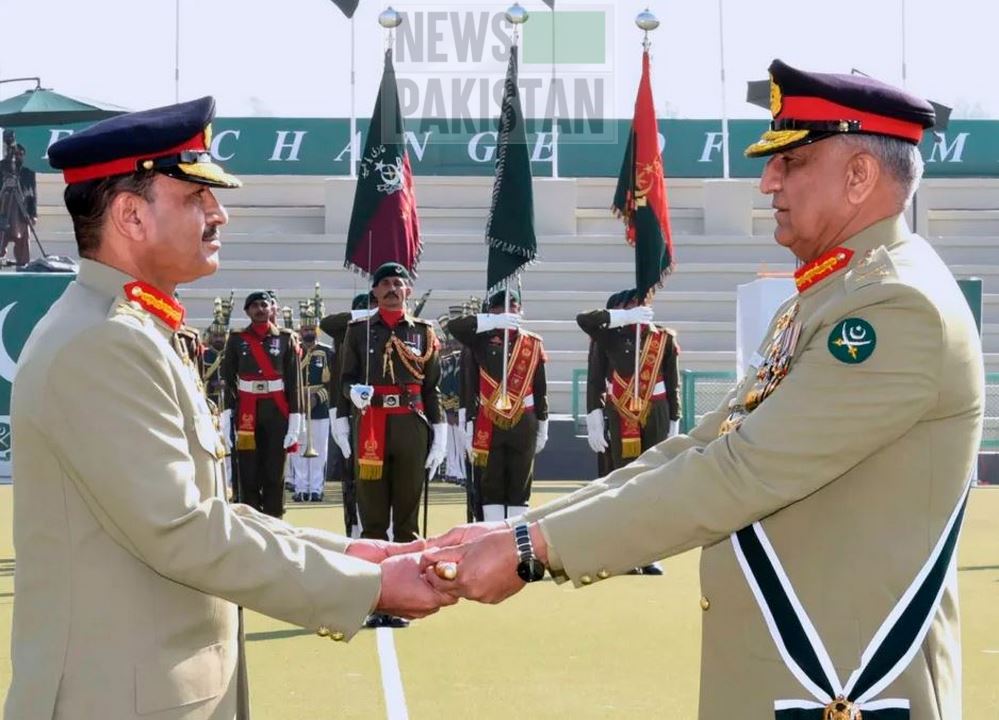 RAWALPINDI: General Asim Munir became Pakistan Army’s 17th COAS when outgoing Qamar Javed Bajwa handed over the baton to him at a ceremony held at GHQ here on Tuesday 29th of November, 2022.

Qamar Javed Bajwa speaking on the occasion said he had full faith that under the leadership of General Asim Munir the army would reach new heights.

He was commissioned in 1986 in the 23 Frontier Force Regiment;

He was posted as the Quartermaster General at the GHQ;

PS: General Asim Munir happens to be the only COAS so far who had been awarded Sword of Honor, and who had served as DG of MI as well as DG ISI.