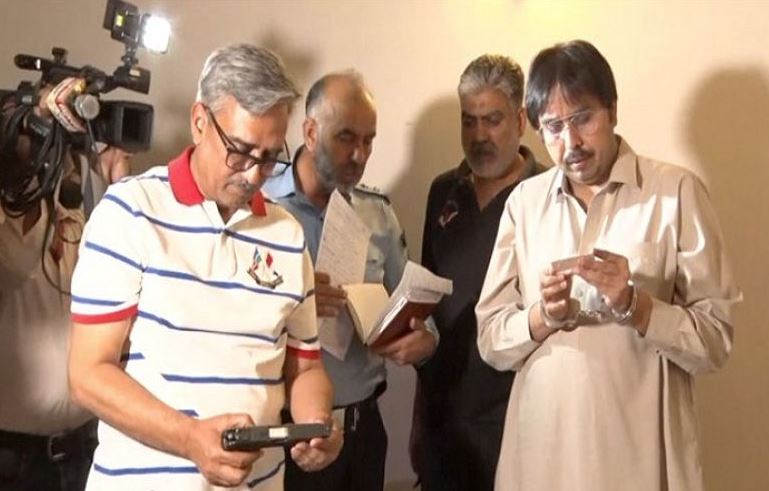 During the search operation, that was carried out in the presence of (handcuffed) Shahbaz Gill under the supervision of a SSP, a loaded pistol, a mobile and a satellite phone, his wallet,  USBs,  two passport, CNICs, ATM cards and foreign currency were recovered.

Gill, while disowning the pistol, claiming that he had never seen the pistol before, stated: “My wallet was usually carried by my driver and the room from where the pistol has been recovered was in use of my guards…I see some changes in my room, my passport wasn’t found at its usual place…this hints that somebody came here during the period of my custody.”

Answering to a journalist’s query vis-à-vis Imran Khan’s claims he responded: “Yes, I was sexually abused (in Police custody)”. Following the search operation at Parliament Lodges, Shahbaz Gill was taken to Punjab House where his room was searched for the transcript he read allegedly asking the soldiers not to obey  their superiors.