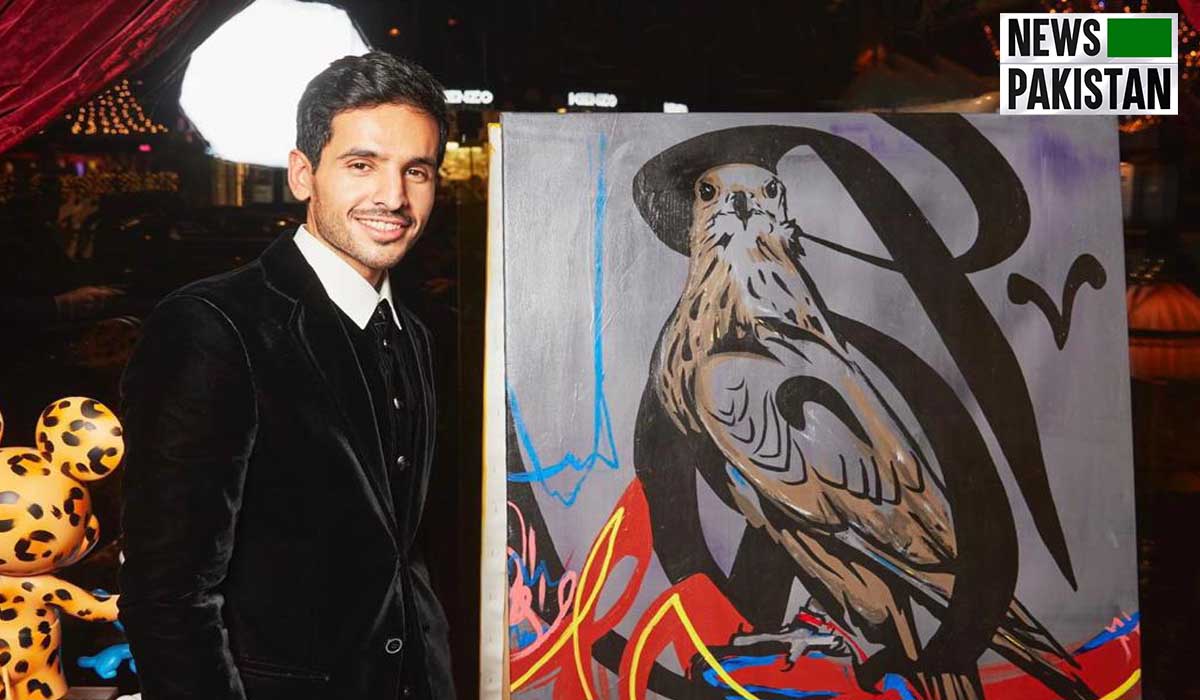 By: Sahibzada Ateeq in Paris

PARIS: Visual Artist Ahmed Al-Maadheed is globally acclaimed for having created the icon Tamim the Glorious with the effigy of the Emir of Qatar, Sheikh Tamim bin Hamad Al-Thani, during the Gulf crisis in 2017.

The portrait phenomenon imagined by the artist has spread with fulgurance on social networks and in the media of whole world.

His work, inspired by the stencil, is visible everywhere in the streets of Doha, both on cars and on the walls of buildings.

Such an unprecedented success with public opinion and Qatari, who appropriate it on a daily basis, propelling the young creative artist to the rank of key figure in Qatar’s new art scene.

The adventure began in 2009, when he launched his Creative Agency at the age of 23.  It multiplies collaborations and carries out large-scale campaigns on a wide range of projects, especially for major events cultural and sporting events of Qatar.  At the same time, he produces animated films broadcast on local media.

Today, Ahmed is the figurehead artist of Qatar, recognized on the international scene representing the artistic renewal of his country.

His work that has gone viral is today a symbol of constancy, loyalty and determination.  In tune with his time, he publishes his work on social networks to continue to transmit his art carrying a message universal and its experience to the younger generations.

His creative impulse in perpetual effervescence pushes him to develop ever more surprising, unique and positive projects.

For his first Parisian exhibition, Ahmed Al-Maadheed presents a series of unpublished works, placed under the sign of the meeting between Doha and Paris.

The artistic journey set at Legacy brings together around twenty resolutely contemporary paintings, in which Ahmed addresses the major themes of Qatari culture, where graphics, painting, engraving and calligraphy.

Rimal (sand) Art Exhibition celebrates the beauty of its surroundings halfway between modernity and tradition.

His brushstrokes, dynamic and vivid colors,reflect the creative energy of approach against a background of cultural openness.