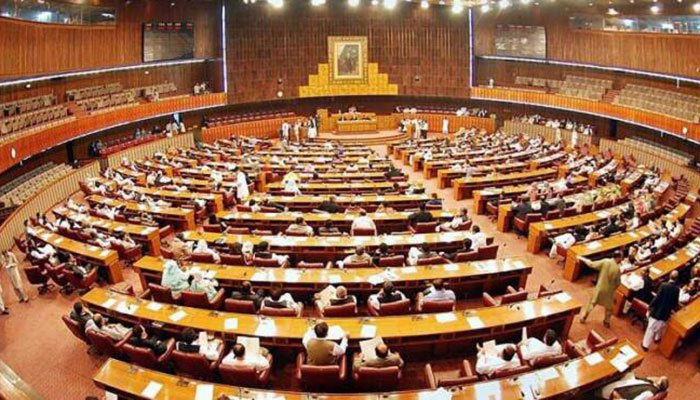 ISLAMABAD: Speaker National Assembly Asad Qaiser Thursday informed the lower house that an understanding had been reached between government and opposition leaders to keep the atmosphere in the National Assembly cordial and avoid use of non-parliamentary language.

The Speaker said, “understanding has been reached between government and the opposition members that no insulting and non parliamentary language will be used during the Parliament’s proceedings.”

“We also agreed that we will respect the norms and traditions of the Parliament while speaking in the House,” he added.

Opposition leader Muhammad Shehbaz Sharif stood on a point of order and said, “I have great respect for the chair and cannot even think to disobey the order of the Speaker.”

He regretted the language used by the Minister of Water Resources four days ago about him. Shehbaz Sharif said false allegations were leveled against him in the National Assembly.

The opposition leader complained that abusive language was used against him. “We welcome and respect criticism from the  government but it should be based on reality.”

PM thanks KSA for extension in $3b deposit term