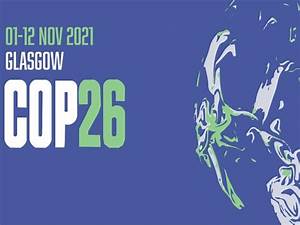 GLASGOW: Green groups on Wednesday slammed the organizers of the COP26 climate summit for preventing thousands of experts from monitoring negotiations, warning their absence could weaken commitments needed to limit global heating.

Under the United Nations-led process to implement the goals of the Paris Agreement, civil society groups are allowed to attend annual talks as observers.

While there are rules governing their activity inside the negotiation rooms, their presence offers a chance to hold decision makers to account.

They are particularly vital for global south countries, which are already dealing with the fallout of decades of failed climate pledges.

Teresa Anderson, climate policy coordinator at ActionAid International, said that out of the thousands of environmental organisations who had sent representatives to Glasgow for COP26, just four people had been granted access to monitor talks.

“Preventing civil society from watching governments and holding them accountable could have real climate consequences with communities on the front line of the climate crisis suffering the most,” she said.

“Even though this is a critical moment for the planet’s future, it’s becoming harder than ever to hold polluters’ feet to the fire.”

COP26 was delayed a year due to Covid-19 and is taking place as the pandemic drags on in developing nations that still lack widespread vaccine access.

Host Britain had said it would offer vaccines to delegates who wished to attend in Glasgow, but many observers couldn’t afford the hotel quarantines they would need to make the trip.

– ‘Shambles’ –
COP26 President Alok Sharma said in May that the summit needed to go ahead in person and would be “the most inclusive COP ever”.

But the reality facing thousands of experts, many of whom have traveled all the way to Glasgow only to watch plenaries and press conferences online, is different.

“It’s an utter shambles to see civil society locked out of crucial meetings and many not even able to get into the COP venue,” Mohamed Adow, director of Kenya-based think tank Power Shift Africa, told the Media.

“Civil society members from some of the poorest countries in the world were told this would be the most inclusive COP ever so they travelled here to advocate for their communities.

“And now here they are here many are told the only way to access the meeting is via an online platform that barely works,” he said.

COP26 has also been beset by access issues, with delegates queueing for hours awaiting airport style security checks and the Israeli energy minister, who uses a wheelchair, unable to enter on Monday.

A spokesperson for British Prime Minister Boris Johnson said that “organisers are working extremely hard to make every element run smoothly” in Glasgow.

Sebastien Duyck, senior attorney at the Centre for International Environment Law, said there was “outrage” among observers.

“We need the voices of those who are directly impacted by climate change to inform the negotiation and to provide public scrutiny,” he told reporters.

Blast in Indian eatery near Toronto!