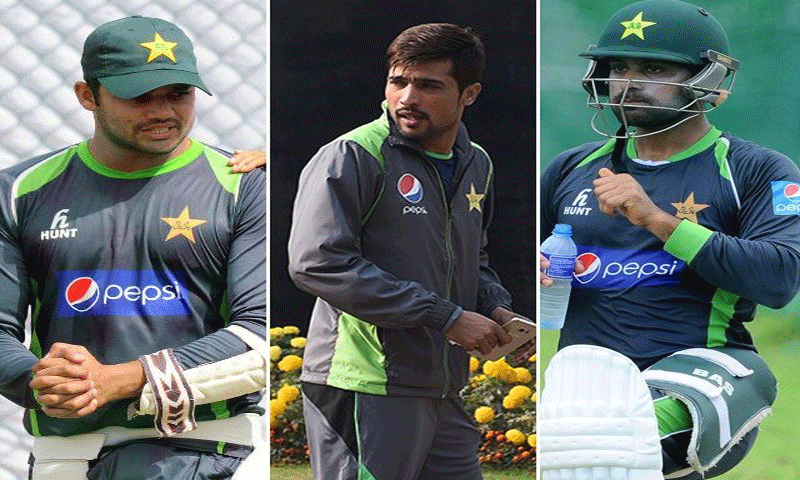 LAHORE: Pakistan’s ODI captain Azhar Ali and allrounder Mohammad Hafeez have agreed to ‘unconditionally’ return to the ongoing training camp in Lahore, two days after they chose to stay away due to Mohammad Amir’s presence at the camp.

The development came following meeting of Azhar and Hafeez with Pakistan Cricket Board (PCB) chairman Shahryar Khan today (Saturday), where they were assured their grievances would be redressed.

Later, talking to media, PCB chief said he has discussed the matter with both players and their reservations would be redressed.

Khan went on to say that the board has asked all the players to support Amir if he is selected. Also Amir has been directed to adopt a right path for getting support of all the players.

Hafeez was happy that Khan had agreed to listen to his reservations and said he will continue to oppose corruption on principle.

“My stance has been simple all the way, that anyone who damages the pride and integrity of the country should not be given a chance again,” he told the media, after agreeing to return to the camp. “It was my principle stance and will remain the same throughout my life.

Earlier, Azhar Ali and Hafeez had refused to attend a training camp because of Mohammad Amir’s inclusion.

Last week paceman Amir took a big step towards international re-integration following a ban for match-fixing when he was named in Pakistan’s training and fitness squad ahead of next month’s limited-over matches in New Zealand.

Of Women and Media Matters